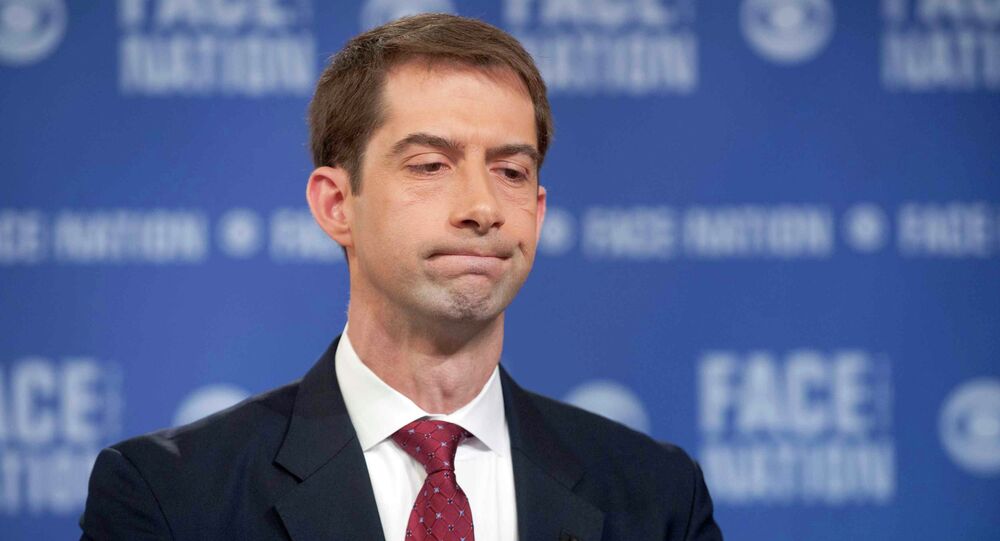 The US Senate Intelligence Committee has released the written versions of hearings held with Silicon Valley social media companies about Russians, WikiLeaks, Julian Assange and Edward Snowden using their platforms.

When Senator Tom Cotton (R-AR) asked how Facebook could justify allowing Assange, Snowden and WikiLeaks to have pages on the platform, the company replied that "these individuals and organizations can maintain a presence on Facebook as long as they comply with our policies."

Facebook also denied the theory that data from its platform could "substantiate or disprove allegations of possible collusion" between Donald Trump's US presidential campaign and Russia.

After review, the Senate Intelligence Committee has posted Google, Facebook, and Twitter’s responses to Questions for the Record, available here: https://t.co/EW5kaugVa7

​Regarding the allegation of fake Facebook accounts being used to swing the hearts and minds of voters and "sow division in society," as Senator Dianne Feinstein (D-CA) put it, Facebook awkwardly revealed that it did delete more than 30,000 accounts around the time of France's most recent presidential election, but "these accounts were most commonly used for financially-motivated purposes."

In other words, Facebook could dispel the myth that fake accounts are being used for "organized propaganda campaigns from a particular country" because in reality they are being used to make money.

​The company also noted that it had eliminated products from the Russia-based Kaspersky Lab from the list of anti-virus programs it offered users on computers that might have been infected with viruses.

"In October 2017, we removed Kaspersky's anti-virus software from the list of products that we make available to these users," Facebook wrote. In September, the US Department of Homeland Security banned Kaspersky products from being used in US government agencies, a ban the company is challenging. Kaspersky has denied all allegations of cyberespionage.

Twitter's attorneys noted that they have only found "insignificant overlap" between Russian-linked entities and the Trump campaign.

Google also admitted to changing its "content review" practices as a search engine. Of course, Google is a technology company whose expertise is not in editorial best practices.

"We updated our Search Quality Rater Guidelines and our evaluation test to help identify misleading information and unexpected offensive results and have used this data to improve our search algorithms," Google's counsel told the US Senate, noting ominously, "this results in higher quality and more authoritative Search results."

Incidentally, academics have argued that Google's ability to influence what people see and do not see, which amounts to nothing less than censorship, can swing presidential elections.