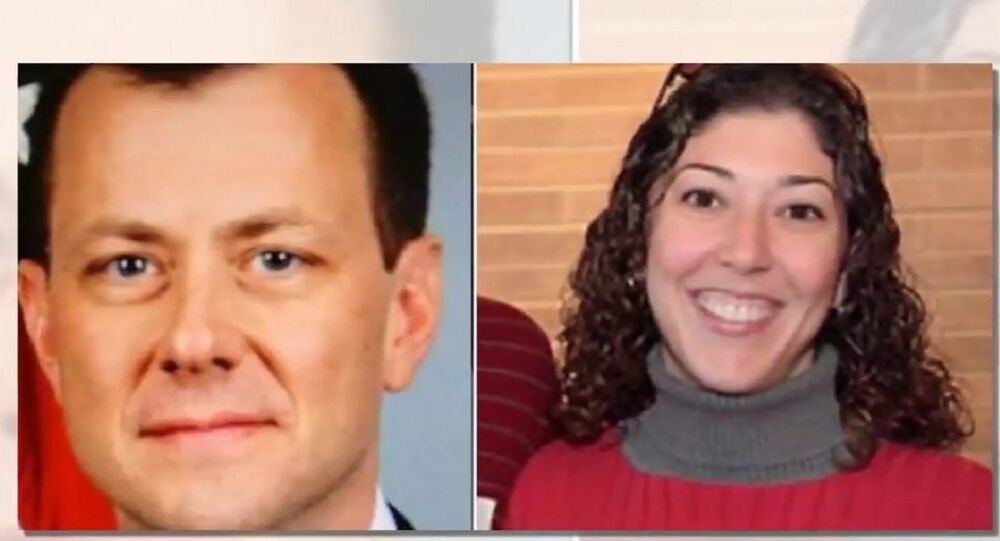 US Department of Justice released a new trove of text messages exchanged between Peter Strzok and Lisa Page – two FBI officials engaged in an affair and members of Special Counsel Robert Mueller’s investigation into US President Donald Trump’s alleged collusion with Russia.

A new set of recently-released documents reveals that two FBI officials who were working on a team investigating the so called Russiagate conspiracy were somehow aware of the outcome of another high-profile probe conducted by the agency before it had actually concluded.

According to Fox News, in one series of messages dated July 1, 2016, Strzok and Page discuss the decision made by then-Attorney General Loretta Lynch “to accept the FBI's conclusion in the Clinton investigation.” Lynch made her announcement mere days after she held a meeting with ex-President Bill Clinton on the tarmac in Phoenix.

Anti-Trump FBI agent Peter Strzok, who oversaw the Clinton investigation, said there was pressure to end the criminal probe into Clinton once Trump secured the GOP nomination.

Lisa Page, the woman Strzok was having an affair with, said Loretta Lynch already knew the outcome. pic.twitter.com/ScolkEbiK5

​"Timing looks like hell," Strzok texted, to which Page agreed, adding that "it's a real profile in courage [sic], since she knows no charges will be brought."

Earlier in June 2017, former FBI Director James Comey complained during the Senate Intelligence Committee hearings that Lynch’s behavior influenced some of his decisions made during the investigation into Hillary Clinton’s private email server use.

This revelation did not sit well with some people, who went to express their emotions on Twitter.

Newly released texts between ex-Mueller team members suggest they knew outcome of Clinton email probe in advance They get to break the law and still get a paycheck? https://t.co/YrKbcwKLH6

​Some also took note of another bit of the exchange, where Strzok and Page apparently discuss how Trump’s nomination as a GOP candidate puts pressure on others to wrap up the Clinton email probe.

🚨🚨So here we have Strzok & Page dismayed that Trump will be GOP candidate, & then discussing pressure to wrap up Clinton Investigation. (💥”MYE” is a reference to “Mid Year Exam,” FBI name for Clinton probe)

🤷‍♂️Why the rush? To exonerate her b4 election? #releasethememo pic.twitter.com/4N6OGlhOjM

​Others wondered whether other mainstream media outlets will report this story.

​Page and Strzok came under fire during late 2017 when a series of text messages exchanged between them were made public, in which they described Donald Trump as an “idiot” and openly expressed their sympathy toward Hillary Clinton.

Strzok was also involved into the investigation into Hillary Clinton's use of private emails that largely cleared her from blame.