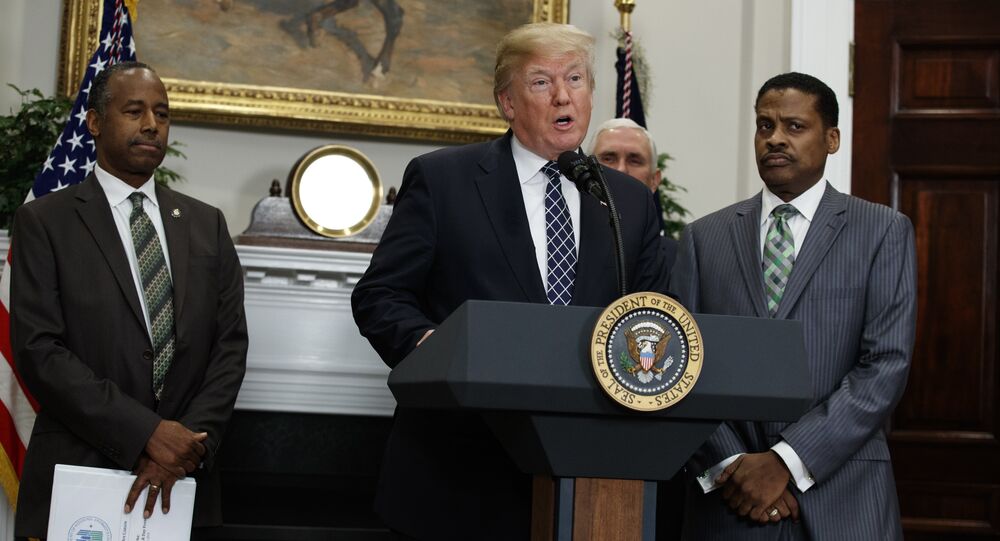 The statement was made amid the US government shutdown, described by Republican Majority Leader Mitch McConnell as "100-percent avoidable", but filibustered by Democrats over a "completely unrelated" measure on illegal immigration, which sought to protect immigrant children from deportation, adding, however, that the GOP was ready to talk to Democrats about solving the funding impasse.

Democrats are holding our Military hostage over their desire to have unchecked illegal immigration. Can’t let that happen!

​The Democrats wanted to achieve agreement on the Obama-era DACA (Deferred Action for Childhood Arrivals) program in their effort to protect  "dreamers," migrants, who were brought to the US as children.

This sparked the ongoing debate between the parties which resulted in the government deadlock. The deadline to agree on a short-term funding bill expired on Friday midnight. A last-ditch effort to squeeze the spending bill through Congress was blocked after the Senate voted 50-49 for limiting the debate, which fell 10 votes short of the goal.

Senators took a procedural vote on the proposal to limit debate in order to squeeze the House-passed bill through the Republican-controlled Congress less than two hours before midnight.

READ MORE: US Senate Votes Against Bill That Could Help Avoid Government Shutdown