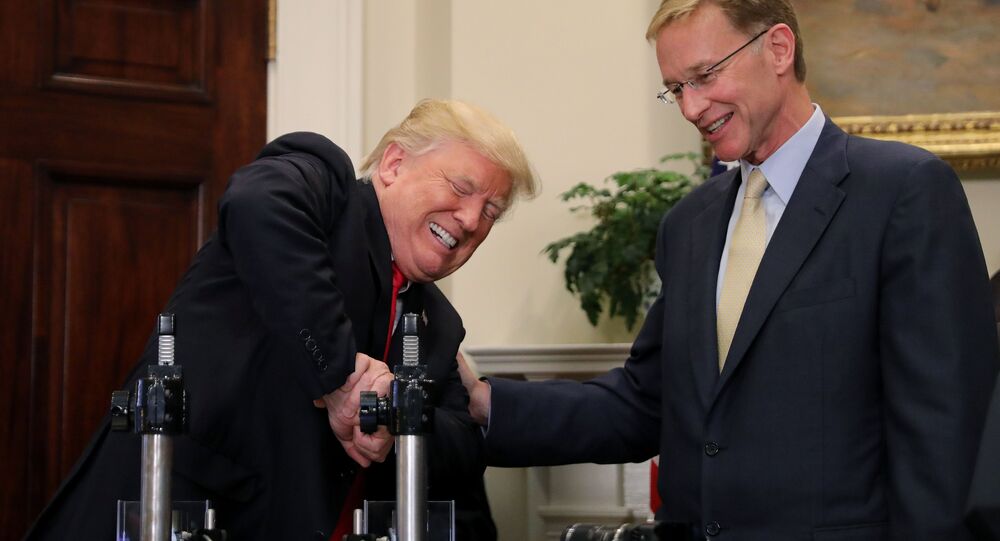 WASHINGTON (Sputnik) - US President Donald Trump is in good health and can perform his duties for the rest of his term in office and potentially for another four years should he be elected again, the White House Medical Doctor Ronny Jackson said in a press briefing.

The physician who performed President Trump's medical exam has given him a clean bill of health, pointing that he shouldn't have any health problems as he completes his term. He also said Trump asked for and passed a cognitive exam. #PBSNEWS pic.twitter.com/sL38ND51Mn

Trump is mentally very sharp and very intact, and there are absolutely no concerns about the US president's cognitive abilities, no signs of diseases such as dementia or Alzheimer's, Jackson said.

© AP Photo / Alex Brandon
US Lawmaker Seeks Trump Mental Health Examination for 'Emotional Disorder'
The White House doctor explained the reason a cognitive assessment was done on the US president is because Trump requested such test be done.

Jackson also said that Trump’s cardiac health is incredible, but the president's cholesterol is rather high and the president’s medical team is aiming to reduce it.

Trump is taking the prescription medicine Crestor to lower his cholesterol, Jackson noted.

Jackson said he has recommended that Trump loses weight and starts a regular exercise program.

The president's current weight is 239 pounds and the set goal is to lose 10-15 pounds this year.

During Trump's first year in office, some US media outlets have speculated about Trump's physical and mental health, suggesting he should resign or be forced to leave the US presidency.