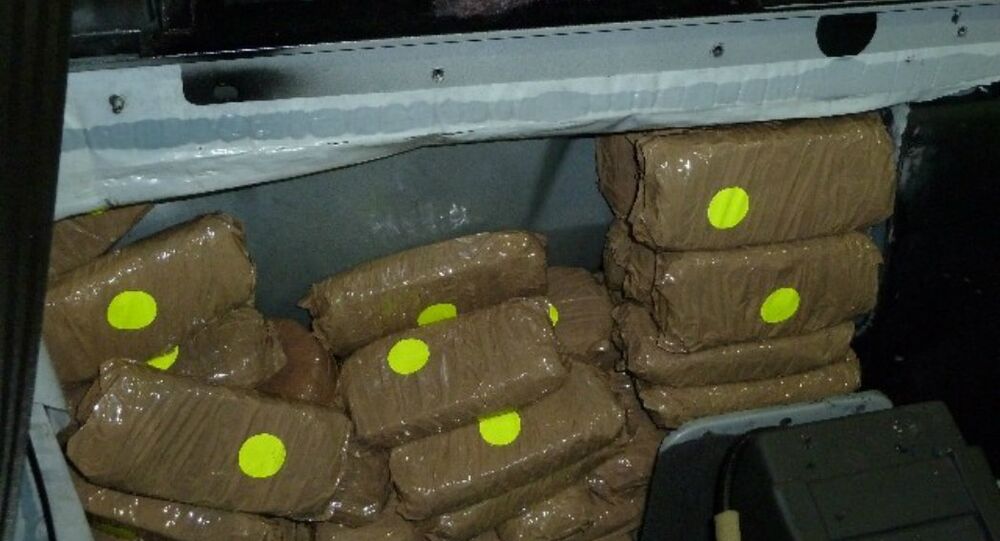 WASHINGTON (Sputnik) - An additional $25 billion over the next two years should be allocated to target an epidemic of drug overdose deaths in the United States, especially from overdoses of opiates, US Senators Jeanne Shaheen and Maggie Hassan said in a letter to Senate leaders on Tuesday.

"As you continue to work on a fiscal year 2018 budget agreement, we urge you to include $25 billion in additional funding to combat the opioid crisis," the letter said. "President [Donald] Trump rightly declared that this is a national public health emergency, but this declaration has not yet translated into meaningful action."

© AP Photo / Jeff Roberson
Zuckerberg on Opioid Crisis: 'That's More Than Americans Killed in the Vietnam War'
The latest budget plan for fiscal 2018 calls for about $18 billion for the Office of National Drug Control Policy, the federal agency responsible for coordinating the US war on drugs.

The lawmakers' letter was addressed to Republican and Democratic leaders of the entire Senate as well as leaders of the Senate Appropriations Committee.

Lawmakers are late in completing a budget for fiscal 2018, which began October 1, 2017

According to US government statistics, more than 60,000 Americans died of drug overdoses in 2017, a majority from prescription and illegally purchased opiates.