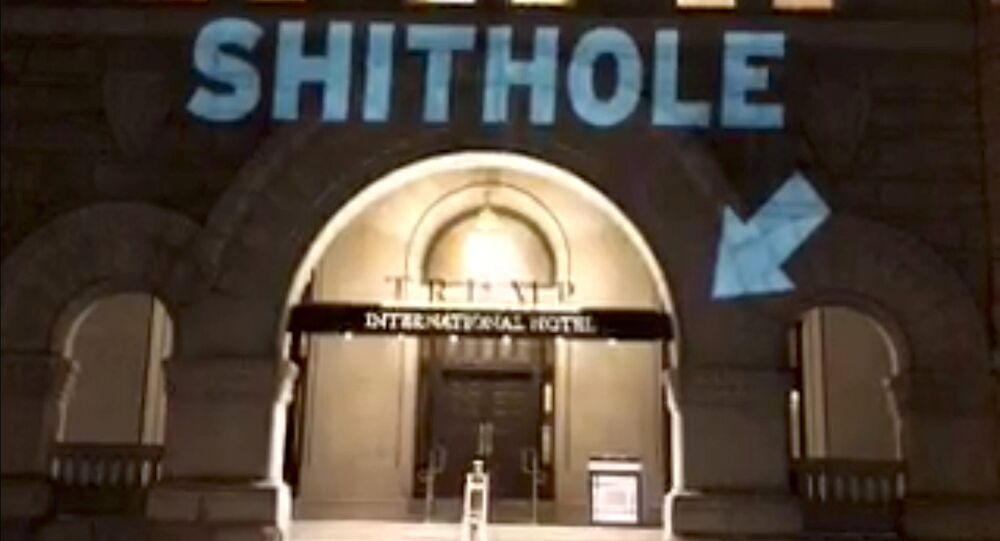 US President Donald Trump said that US Senator Dick Durbin, who had recently confirmed the president's remark, in which he called Haiti and African countries "shithole countries," misinterpreted the words of the US leader.

On Thursday, US media reported that Trump behind closed doors expressed displeasure over people migrating to the United States from "shithole countries" during the meeting on the Deferred Action for Childhood Arrivals (DACA). Trump denied making the comments, but on Friday, Durbin confirmed that the president repeatedly used "hate-filled, vile and racist" words, including "shithole."

The comments that Trump made during our immigration meeting were hate-filled, vile, and racist. pic.twitter.com/u7gJuasAD2

"Senator Dicky Durbin totally misrepresented what was said at the DACA meeting. Deals can't get made when there is no trust! Durbin blew DACA and is hurting our Military," Trump said on his Twitter account on Monday.

Senator Dicky Durbin totally misrepresented what was said at the DACA meeting. Deals can’t get made when there is no trust! Durbin blew DACA and is hurting our Military.

Reported Trump's remark has already been criticized by a number of countries and the international organizations, such as the African Union.