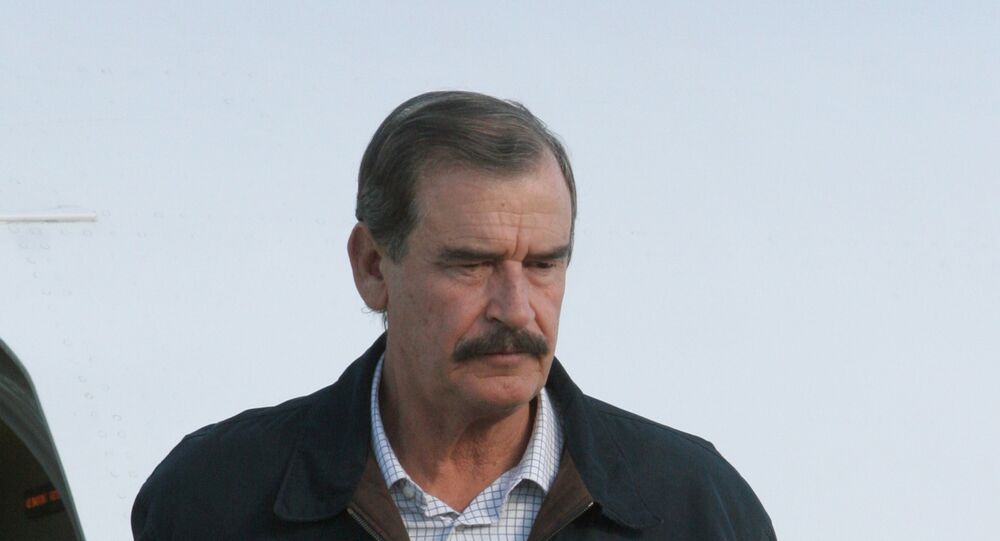 'Your Mouth Is the Foulest Sh*thole in World': Ex-Mexican President to Trump

US President Donald Trump has managed to raise public outrage yet again with one extremely offensive remark, reportedly made on January 11 during closed-door White House talks on an immigration deal. The phrase, concerning a plan drafted by a bipartisan group of senators to protect juvenile immigrants from deportation and make other changes to immigration laws and border security, was humiliating to Haiti, El Salvador, and African nations, calling them "shithole countries."

The president himself later denied he had used such language.

Vicente Fox, a former Mexican President, who served from 2000-2006 and a successful ex-top manager of Coca-Cola Mexico, has given a withering response to these words, attributed to the US president.

.@realDonaldTrump, your mouth is the foulest shithole in the world. With what authority do you proclaim who’s welcome in America and who’s not. America’s greatness is built on diversity, or have you forgotten your immigrant background, Donald?

The truth-seeker went even further by posting a small poll on his Twitter, asking whether Trump's racist and barbaric comments while campaigning would it have changed the outcome of the presidential race. Unfortunately, most of those voted (over 57,000 people) have sadly admitted: the results would stay the same.

If @realDonaldTrump would’ve said those racist comments while campaigning, plus his other barbaric comments; do you think it would have changed the outcome?

Fox is quite famous for his public mocking and scoffing of the US president, whom he calls "rotten Halloween pumpkin"