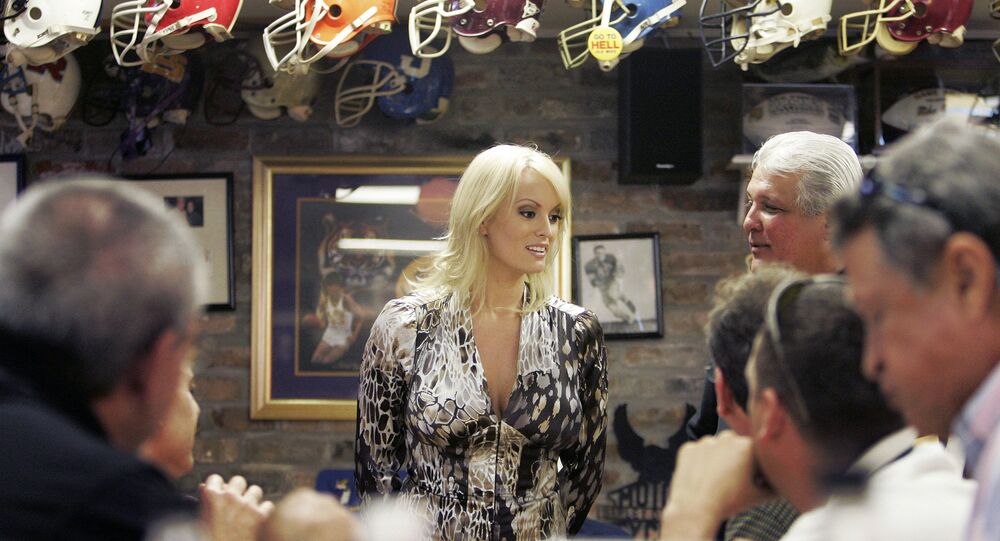 "President Trump once again vehemently denies any such occurrence, as has Ms. Daniels," said Cohen in response to the allegations. He didn't address the reported payment to Clifford, whose stage name is Stormy Daniels.

"This is now the second time that you are raising outlandish allegations against my client. You have attempted to perpetuate this false narrative for over a year; a narrative that has been consistently denied by all parties since at least 2011."

When Daniels' lawyer, Keith Davidson, was asked to comment on the case, he refused to on the grounds of attorney-client privilege. However, later, Fox News reported that it had obtained a letter signed by Daniels, saying, "I recently became aware that certain news outlets are alleging that I had a sexual and/or romantic affair with Donald Trump many, many, many years ago. I am stating with complete clarity that this is absolutely false," the cited letter reads.

"My involvement with Donald Trump was limited to a few public appearances and nothing more," she said, adding that when she met with Trump, he was "gracious, professional and a complete gentleman to me and EVERYONE in my presence."

According to the sources, Trump Organization lawyer Michael Cohen organized a $130,000 payment to 38-year-old Stephanie Clifford, better known by her stage name, Stormy Daniels. A popular and successful adult film star, Daniels retired from the screen in 2016.

The sources claim that Daniels says the encounter occurred when she and Trump attended a July 2006 celebrity golf tournament on Lake Tahoe. At the time of the alleged encounter, Trump was already married to his current wife, Melania, and had been since January 2005.

Daniels reportedly said that Cohen was dragging his feet on making the payment and threatened to go to the media, the sources said.

The alleged sexual encounter was consensual — but no less than 16 other women have alleged that Trump sexually assaulted them, with Trump settling out of court with one of them, Jill Harth, in 1992.

A White House official replied to the report, saying that "these are old, recycled reports which were published and strongly denied prior to the election." They declined to answer any further questions about any agreements or payments involving Daniels or whether Trump had any awareness of the settlement.

Cohen also sent an email signed by "Stormy Daniels" denying that she ever had a "sexual and/or romantic affair" with Trump or that she received "hush money" to keep any such affair quiet.

The story has been floating around since October 2011, when gossip columns alleged that Trump had cheated on Melania while she was pregnant with their son, Barron. At the time, Daniels told E!News that the story was "bullshit" and refused to comment further.

Trump has denied all inappropriate seuxal conduct with women. He referred to the infamous "grab them by the pussy" Access Hollywood tape from 2005 as "locker room banter."

Another adult-film star, Jessica Drake, claimed in October 2016 that Trump kissed her and two other women without permission after the same 2006 tournament that the alleged encounter between Trump and Daniels occurred at. The Trump campaign called Drake's allegation "totally false and ridiculous."

"I did not sign [a nondisclosure agreement], nor have I received any money for coming forward," Ms. Drake said in a January statement. "I spoke out because it was the right thing to do."

The Wall Street Journal has been one of the few mainstream media outlets to take a generally positive view of Trump. It is owned by News Corp, the same umbrella organization that owns similarly right-leaning outlets such as the New York Post and Fox News. This lends additional significance to the scandal, as it was broken by an outlet that has typically been skeptical of charges of misdoings on Trump's part.