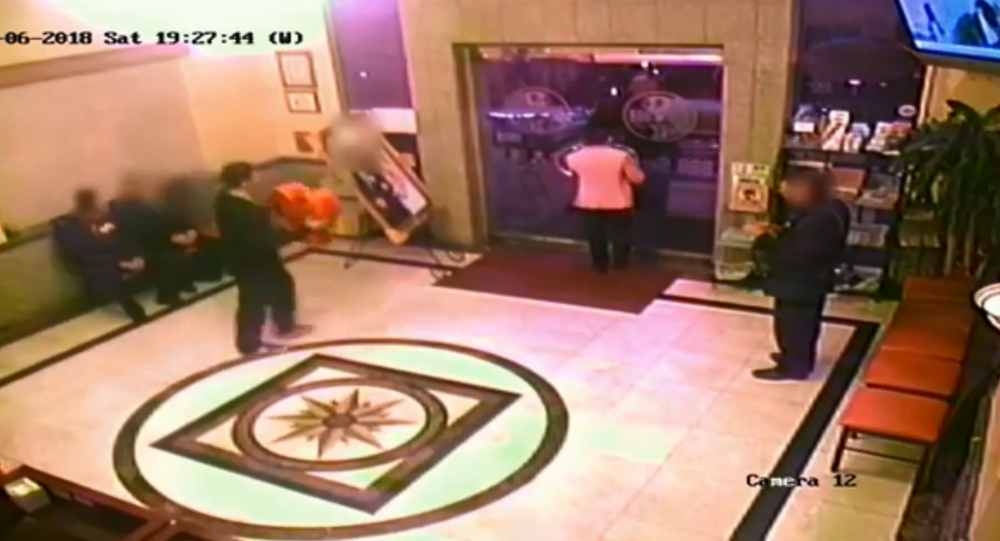 WATCH: Bold Thief Sneaks Off with $20,000 From Wedding Banquet in California

On Saturday, Kenny and Anh Diep were celebrating their nuptials with family and friends in Rosemead, California, when a man chose to crash the festivities and steal a box containing money for the newlyweds.

In the security footage the man is seen calmly walking into the seafood restaurant before abruptly snatching a heart-shaped box and sprinting out of the establishment.

The box had an estimated $20,000 inside that was given to the couple by invited guests.

"He looked like he was one of the guests waiting to sign in," Anh Diep told the Pasadena Star News. "[Everyone was] shocked so much when it happened."

© REUTERS / Toby Melville
Save the Date! Prince Harry and Meghan Markle Announce the Day of Their Wedding

Though members of the party did chase the man, they were unable to catch him.

But as they say, the show must go on and it definitely did for the couple. According to Anh, since the incident occurred at the beginning of the party, they decided to just keep the festivities going as several guests were still on their way to the venue.

"We had a lot of guests coming from far away, all to spend the weekend with us," she told the outlet. "When it happened, we tried our best to carry on with the rest of the night."

The incident is still under investigation.

Windsor Begging to Come Under Scrutiny Ahead of Royal Wedding