Bad news for anyone out there expecting integrity and honesty from Capitol Hill: The Senate Foreign Relations Committee’s new report, “Putin’s Asymmetric Assault on Democracy in Russia and Europe: Implications for US National Security,” distorts the truth about Sputnik’s editorial practices.

The 206-page report was compiled by the Senate Committee on Foreign Relations, and is prefaced with a letter of transmittal by Sen. Ben Cardin (D-MD). Obviously there is far too much to cover in a single article, especially since a single paragraph — one focusing on the use of Sputnik as a "disinformation platform" — provides more than enough fodder for discussion.

"Sputnik also reportedly orders its foreign journalists to pursue discredited conspiracy theories," the report claims. A bold statement, to be sure — one that surely would not be made without decisive evidence, right? Right? 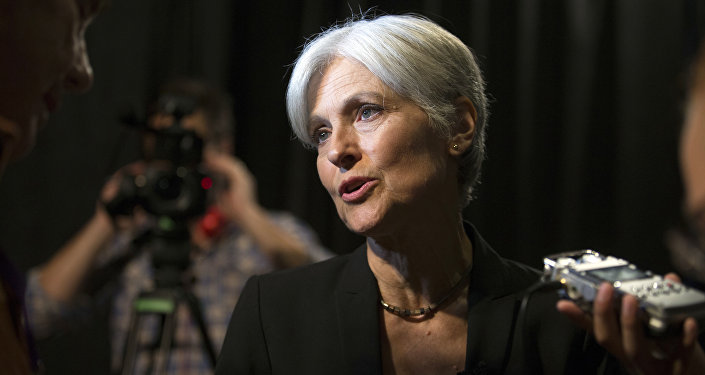 The Senate report claims Sputnik "asked one American correspondent to explore possible connections between the death of Democratic National Committee staffer Seth Rich and the leak of internal DNC documents to WikiLeaks, in an attempt to cast doubt on the US Director of National Intelligence (DNI) assessment that Russian-backed hackers were behind the leak."

Seth Rich was a Democratic National Committee (DNC) employee who was found dead outside his DC apartment in July 2016. Police judged Rich's death to be the result of a robbery gone awry, and his murderer or murderers haven't been found yet. The case became the epicenter of conspiracy theories after Fox News reported that Rich's death could've been linked to the major DNC leak of that year. Even WikiLeaks founder Julian Assange mentioned Rich's tragic death when speaking about protecting his sources.

"We're not saying that Seth Rich's death necessarily is connected to our publication," Assange told Fox News' Megyn Kelly in August 2016. "That's something that has to be established, but if there's any question about a source of WikiLeaks being threatened then people can be assured that this organization will go after anyone who may have been involved in some kind of attempt to coerce or possibly, in this case, kill a potential source."

The "American correspondent" referred to in the congressional report is Andrew Feinberg, a Sputnik Newswire Service correspondent from December to 2016 until he was fired May 26, 2017.

During his tenure at Sputnik, Feinberg was an enthusiastic proponent of Sputnik's editorial integrity on his social media. After being terminated from Sputnik, however, he launched a personal vendetta against his former employer. Among other things, Feinberg claimed his editors instructed him to ask a question about the Rich investigation at a White House briefing. The claim was debunked by his colleagues, but was still eagerly perpetuated by mainstream media outlets, which used it to attack Sputnik.

@brianstelt I love how no one ever mentions that Sputnik also has a boring old Newswire service that couldn't be propaganda if it tried.

So far I haven’t heard anyone blatantly accuse @CassandraRules and I of writing Russian propaganda yet, but there is still time.

Well, his experience is much different from mine. I’ve NEVER been asked to not cover anything or shade my stories in any way.

The truth is that Sputnik's newswire service, where Feinberg worked, never covered the Rich conspiracy. There are literally zero Seth Rich wires in its newsfeed, as any subscriber can attest.

"The statement that Seth Rich was brought up in the final meeting is a complete fabrication," said Sputnik editor Peter Martinichev in response to Feinberg's claims. "The story had nothing to do with the grounds of Mr. Feinberg's departure."

Furthermore, Martinichev says, "The claim that asking questions during on-camera White House briefings was aimed at promoting conspiracy theories is nonsense. All queries are made to get the administration's position on different issues."

Nobody has come forward to corroborate Feinberg's remarks, including Sputnik employees past or present. No evidence supports his claim — but this didn't deter Congressional staffers seeking dirt on Sputnik from including his fabrications in their report.

There's more. The report included a second allegation against Sputnik: "during the French presidential elections, Sputnik reported on unfounded rumors about the sexual preferences of the pro-EU candidate, Emmanuel Macron."

© AFP 2019 / LOUAI BESHARA
Macron: Assad Will Stay in Power as Russia, Iran 'Won on the Ground' in Syria

This allegation is cited to an opinion piece published on Sputnik in February 2017, entitled "Ex-French Economy Minister Macron Could Be 'US Agent' Lobbying Banks' Interests." The piece draws extensively from quotes from Nicolas Dhuicq, a conservative French assemblyman.

As the name suggests, the article focuses on Macron's career as an investment banker at Rothschild & Cie Banque before he entered politics, and accusations of financial corruption that subsequently dogged him. Three paragraphs in the latter section of the article discuss Macron's personal life, such as his marriage to his former high school drama teacher Brigitte Trogneux, as well as Macron's repudiation of longstanding rumors regarding both his sexuality and his financial practices in the French press.

"One of the guys who backs him is famous businessman Pierre Berge, a business partner and long-time lover of Yves Saint Laurent, who is openly homosexual and advocates gay marriage. There is a very wealthy gay lobby behind him. This says it all," Dhuicq told Sputnik.

The article goes on to note that in November 2016, Macron publicly denied a persistent rumor that he's secretly gay and leading a "double life" and that he also denied allegations that he used government money during his tenure as economy minister to launch his own political party, En Marche!

Sputnik, thus, has done the opposite of what the congressional report accuses it of. Not only did its story accurately quote Dhuicq, but it also presented then-candidate Macron's rebuttal of well-known allegations regarding his sexuality. How exactly does that constitute defamation, fake news or information warfare?