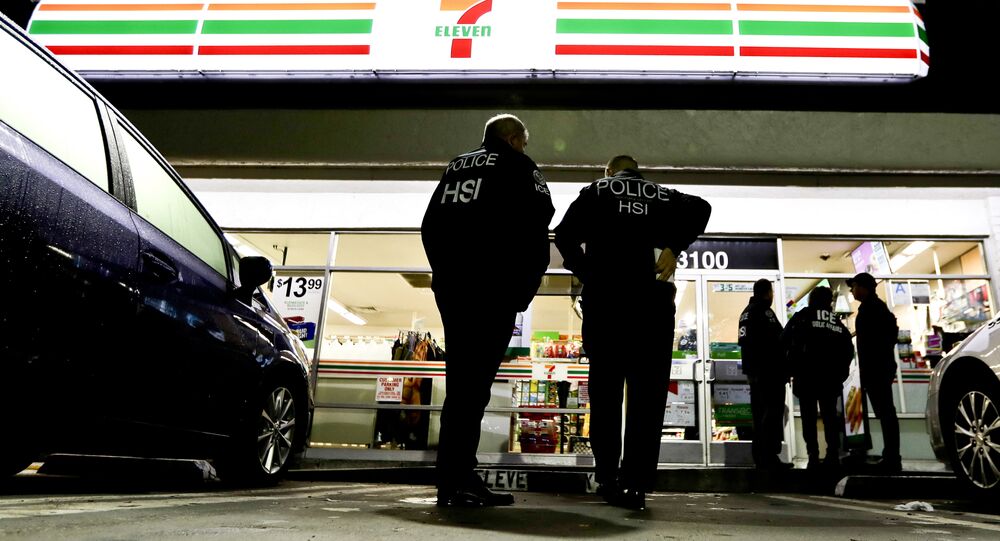 ‘The First of Many:’ US Immigration Agents Raid 7-Eleven Stores Nationwide

Early Wednesday morning, US immigration agents ran employment audits on about 100 7-Eleven stores nationwide, conducting worker interviews and arresting 21 people suspected of working illegally in the US in the largest employment sweep in Donald Trump’s presidency yet.

Trump campaigned on on a prominently anti-immigrant platform, and since taking office in January 2017 there has already been a 40 percent increase in deportation arrests. The president remains steadfast on spending billions of dollars to build a border between the US and Mexico, which he claims will stop illegal immigration and border crossings.

Derek Benner, a top official at US Immigration and Customs Enforcement (ICE), told AP that Wednesday's audit and investigation operation is "the first of many" and a "harbinger of what's to come" for many employers.

"This is what we're gearing up for this year and what you're going to see more and more of is these large-scale compliance inspections, just for starters. From there, we will look at whether these cases warrant an administrative posture or criminal investigation," Benner said.

"It's not going to be limited to large companies or any particular industry, big medium and small. It's going to be inclusive of everything that we see out there," he added.
According to Benner, the sweeps will largely target those in management. Illegal hiring is rarely prosecuted, because the cases are time-consuming and employers can often claim they were tricked with fraudulent documents. However, Trump's operation will focus on arresting employers because they allegedly attract other people to immigrate illegally.

© Sputnik
Will Congress Pass Legislation on Immigration in 2018?

In a statement by ICE following its 7-Eleven operation, the organization said, "ICE will continue its efforts to protect jobs for American workers by eliminating unfair competitive advantages for companies that exploit illegal immigration."

Trump Cabinet in Close Contact With Seoul Regarding Meeting With Pyongyang