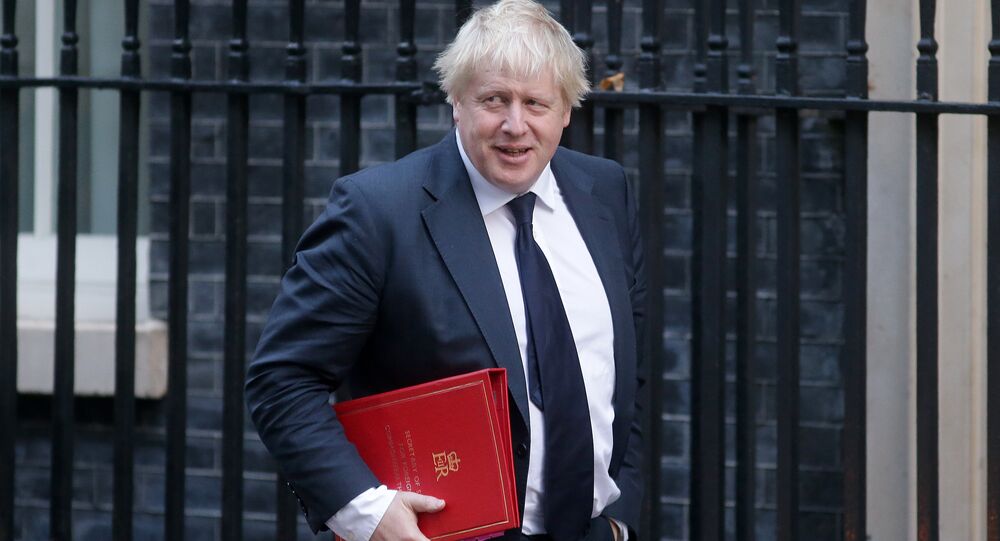 Johnson Not in Favor of Canceling Trump's Visit to UK, Calls Idea Not Sensible

"I do not believe that it [rescinding the invitation] is sensible. The United States is our closest most important security and indeed economic partner and will continue to be so," Johnson told the parliament when answering a question if there was anything that could prompt the government to cancel the invitation.

READ MORE: 'Wrong Thing to Do': May Slams Trump’s Far-Right Retweets as ‘Hateful’

Johnson's statement comes in the wake of the latest episode of the row over Trump visiting the UK, which occured in December when the Labor-run Greenwich council voted in favor of not inviting Donald Trump for the state visit, citing "the President's bigoted attitude towards women and ethnic minorities" as the chief reason behind the ban.

© AP Photo / John MacDougall
Unwanted Guests: Trump to Add to UK's History of Awkward State Visitors
The US president's visit has caused huge controversy in the UK after the president re-posted the videos of a far-right British anti-Muslim which immediately prompted calls for the visit to be canceled.

Even British Prime Minister Theresa May, who previously refrained from criticizing Trump's views, defended her nation’s widespread condemnation of his retweet, stating that "retweeting from Britain First was the wrong thing to do."

London Mayor Sadiq Khan said that Trump would not be welcome in London for his visit in light of the US president’s retweets of controversial anti-Muslim videos.

Trump’s official visit to the United Kingdom, at the invitation of Queen Elizabeth II, was expected to take place in October but never happened. Later that month, the White House said that the visit would take place sometime in 2018.