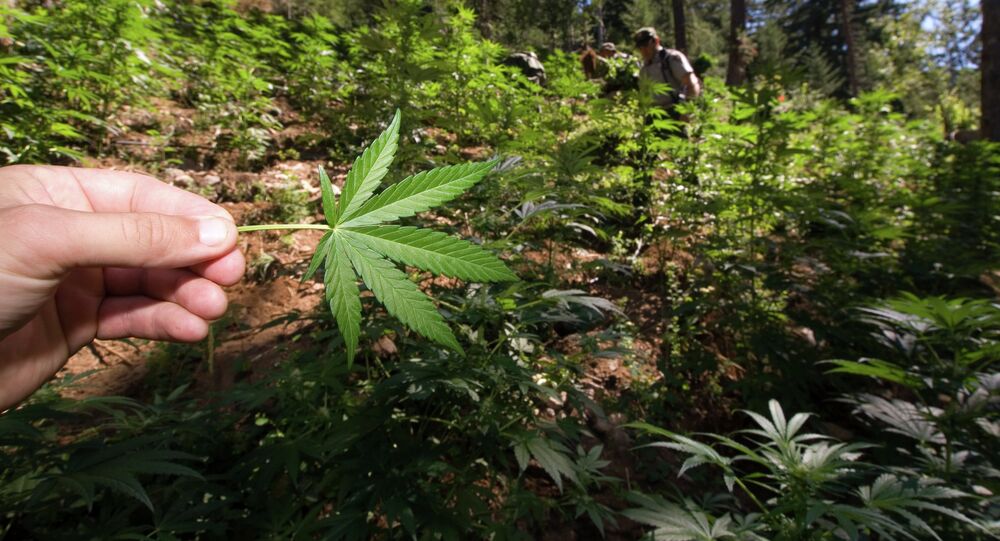 WASHINGTON (Sputnik) - An increasing number of Americans say they believe marijuana should be legalized in the United States, reflecting a trend of steady increase in the past ten years, the Pew Research Center said in a report on Friday citing a survey it released.

"About six-in-ten Americans (61 percent) say the use of marijuana should be legalized, reflecting a steady increase over the past decade, according to a Pew Research Center survey" the report said.

The poll found that a majority of Democrats support the legalization of marijuana while a majority of Republicans oppose it, the report said.

“Nearly seven-in-ten Democrats say marijuana use should be legal, as do 65% of independents. By contrast, just 43% of Republicans favor marijuana legalization, while 55% are opposed.” https://t.co/CNnEVpbNFJ pic.twitter.com/BZ0m5i6j7g

© AP Photo / Esteban Felix
Ending Obama-Era Marijuana Reforms Shows Sessions ‘Out of Touch' With Reality
However, the poll found that a majority of Republicans and Republican-leaning independents younger than 40, 62 percent to 38 percent respectively, favor legalizing marijuana use, the report said.

On Thursday, the Justice Department announced that it had rescinded Obama administration-era regulatory tolerance of marijuana and will federal prosecutors to pursue those involved in the cultivation, distribution and possession of marijuana.

Marijuana production, taxation and consumption has been legalized in eight US states, while it has been decriminalized in 14 others. Some 29 US states have legalized the use of medical marijuana if approved by a medical doctor.

On January 1, the US state of California legalized the recreational use of marijuana.