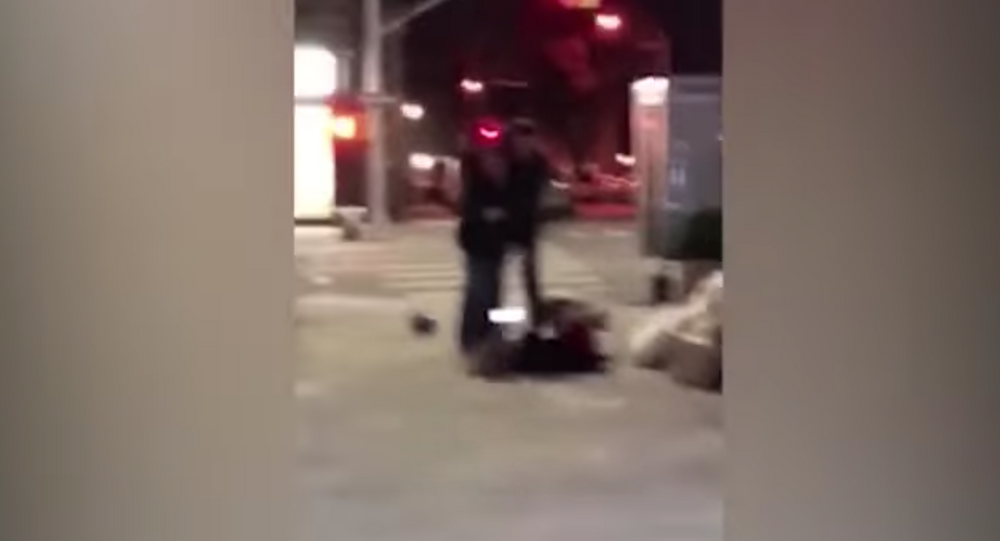 The clash, which took place in New York's Upper East Side on New Year's Eve, led to her being charged with assault after the 29-year-old heiress reportedly hit Matthew Haberkorn "with a designer glass purse" and left him with a bloody head wound, the New York Post reported.

According to Haberkorn, the confrontation was initiated by Cooke after she started to yell out anti-semitic slurs at the 52-year-old's mother, who was dining with him at the restaurant.

"I went to the bathroom as we were leaving," Haberkorn told the Post. "She made a comment to my mother, ‘Hurry up, you Jew,' as she was getting her jacket."

Seconds later, Haberkorn reacted and confronted Cooke about her language. That was when Cooke launched the force of her purse on the unsuspecting Haberkorn.

"She clock[ed] me on the head with her glass purse," he said.

Haberkorn was later hit a second time with the purse, but by this point Cooke's boyfriend was starting to get involved in the scuffle.

Video footage of the brawl, filmed by Haberkorn's daughter, begins by showing Cooke repeatedly yelling about Haberkorn as she falls to the ground.

As the video progresses, Haberkorn, who is being grabbed by Cooke's boyfriend at the moment, is then suddenly tackled and hit by Cooke. This was the blow that left Haberkorn bloody.

Once arrested by local police, Cooke was held at the 19th Precinct. On Thursday, she appeared at the Manhattan Criminal Court for her felony assault arraignment. According to reports, prosecutors are planning to investigate the matter as a possible hate crime.