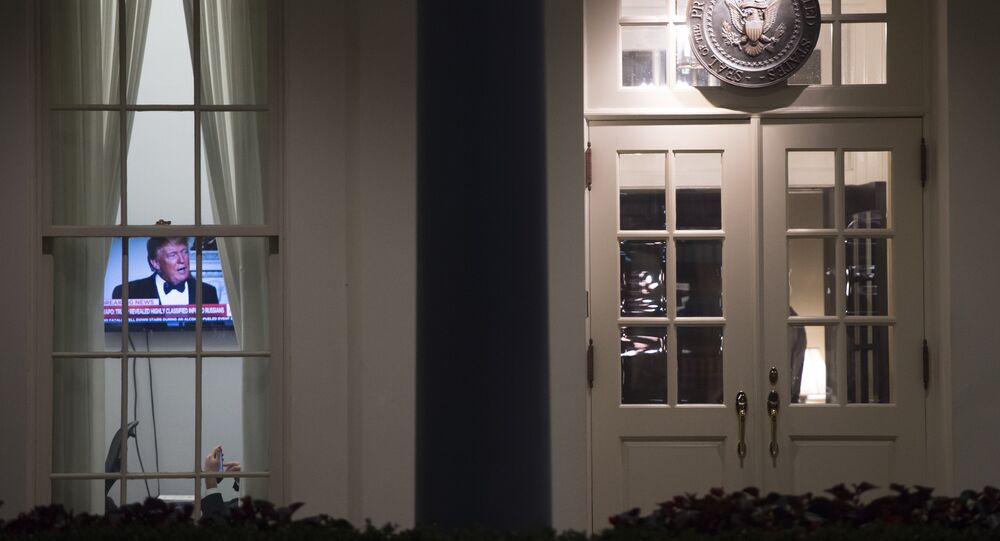 WASHINGTON (Sputnik) - The new ban on the use of personal cell phones by staff and guests in the West Wing of the White House is not a response to the situation involving former chief strategist Steve Bannon, White House spokesperson Sarah Huckabee Sanders said on Thursday.

When asked if the ban announced on Thursday was a response to Steve Bannon, Sanders told reporters, "Absolutely not. That’s a ridiculous characterization." Sanders added, "This is about the security and integrity of the technology systems here at the White House."

Bannon is also cited as saying that investigators in the Russia-Trump investigation were going to crack Trump J. "like an egg on national TV."

Trump responded with a statement on Wednesday in which he said Bannon leaked false information to the media and had little to do with his campaign victory. Moreover, Trump said Bannon lost his mind when he was fired from the White House.

Sanders said on Thursday the White House has been working on putting this ban into place for more than six months.

The ban on personal phones will take effect starting next week.