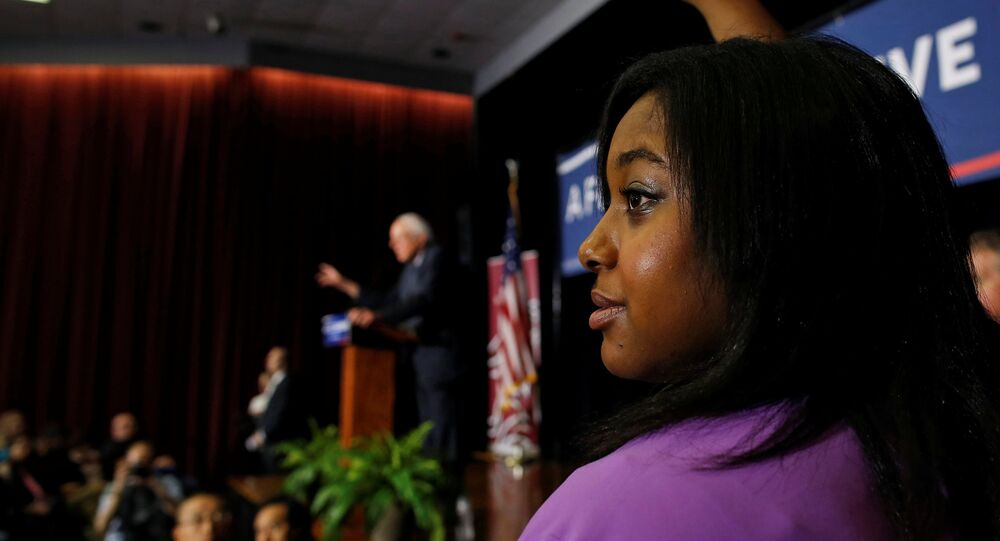 Erica Garner was an outspoken activist for social justice and police reform, whose father, an African American, was killed in a chokehold by a white policeman. His death and court ruling sparked a wave of protests across the US.

Erica Garner passed away in a New York hospital Saturday morning after a heart attack. The 27-year-old was the oldest daughter of an icon of the Black Lives Matter movement, Eric Garner.

In Garner's Twitter account, her family and friends asked that she would be remembered as "mother, daughter, sister, aunt" with a heart "bigger than the world."

She passed away this morning. The reports are real. We didn't deserve her.

When you report this you remember she was human: mother, daughter, sister, aunt. Her heart was bigger than the world. It really really was. She cared when most people wouldn't have. She was good. She only pursued right, no matter what. No one gave her justice.

On social media, people expressed their deep distress at the news of Erica Garner's death and extended their condolences to her family and friends.

RIP Erica Garner, my friend. I will never forget those long conversations we would had in my office about your dreams to help young people. You will missed by all of us.

Your memory will always live in our hearts and our movement for justice. pic.twitter.com/PVBnRjYOUR

Some people hinted that Erica had not been able to overcome the blow of her father's death and her health condition began to deteriorate.

When you get the chance, listen to this interview by Erica Garner. Here she talks about the ways the trauma and stress of her father’s death were taking a toll on her health. She talks about the death of Venida Browder. She was hurting. There are so many more Black women like her https://t.co/1nYJOhKAUi

I firmly believe that Erica Garner is a victim of state violence and her death should be viewed in that vein. This is a societal tragedy. RIP

Eric Garner, Erica's father, died in 2014 as a result of New York police officer Daniel Pantaleo applying a chokehold on him. A court decided not to indict Pantaleo, who is white, despite the existence of video evidence which captured the incident in its entirety.

YouTube/SCREENSHOT
Man Who Filmed Eric Garner’s Death by Police Sues New York for $10 Million
In 2014 and early 2015, the unrelated killings of unarmed African-American men, most notably Eric Garner and Michael Brown, by white police officers, sparked international outcry and led to nationwide protests against racism and abuse of authority in law enforcement as the officers responsible for the killings were acquitted.

An international movement against police brutality and racial violence began with the use of the hashtag #BlackLivesMatter on social media, after the US saw waves of mass protests prompted by numerous killings of black unarmed individuals by police officers.

Fuel to the Fire: US Cop Seen on VIDEO Saying 'We Only Kill Black People'