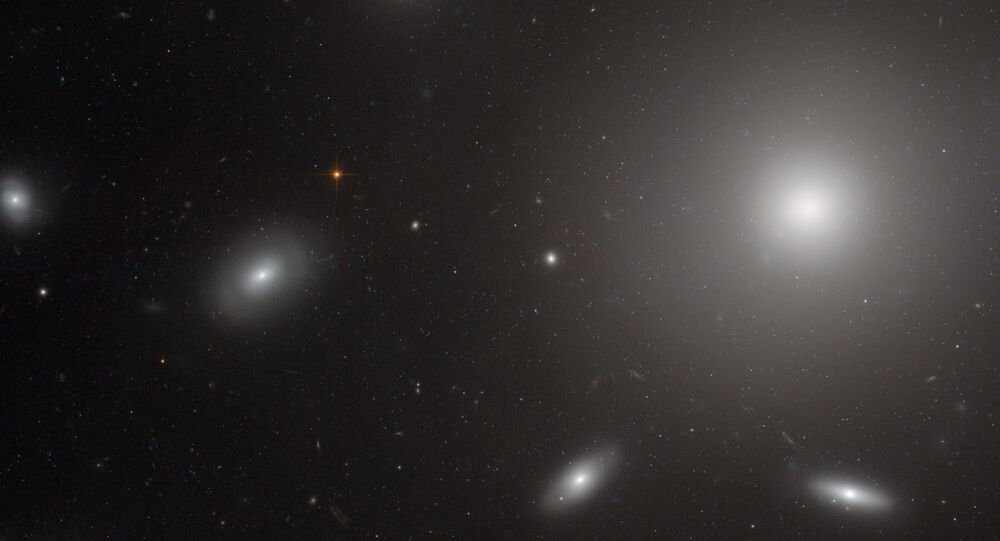 There is evidence of strong interplay between radio arcs and thermal plasma in the central dominant galaxy, which coincides with the core of radio emissions captured by the Chandra X-ray telescope, astronomers said.

A team of US and Italian scientists has determined that a mysterious source of radio signals in the galactic cluster Abell 2626 consists of intergalactic turbulence, which causes charged particles to move faster, according to the results of a study on the arXiv.org website.

© CC0
Big Waves From Outer Space: Astronomers Discover Seven New Giant Radio Galaxies
Its brightest galaxy – IC5338 – consists of two cores, and another – IC5337 – resembles a jellyfish with part of its material being blown off as it moves inside the cluster’s relatively dense environment.

The origin of one of the anomalies in the Abell 2626 cluster – several symmetrical arc structures observed in radio spectrum – had long been unknown.

Some experts believe that they have to do with the so-called “radio-halo” – a source of radio emission normally coming from the center of galactic clusters.

Others believe that the acrs are the result of gravitational interaction between a pair of IC5338 cores.

In their search for an active galactic core connected to an additional pair of radio arcs, the Italian-American team used new data obtained by the Chandra X-ray telescope.

Looking for discharges of hot and cold matter from the nearest galaxies that could have been the source of the anomalous radio emission, they found out that the arcs could be bright parts of an invisible radio-halo caused by turbulent thermal gas movement and related electron acceleration.

Astronomers also believe that that the anomalous radio emissions could be caused by thermal gas colliding with plasma from the active galactic core moving at nearly the speed of light.