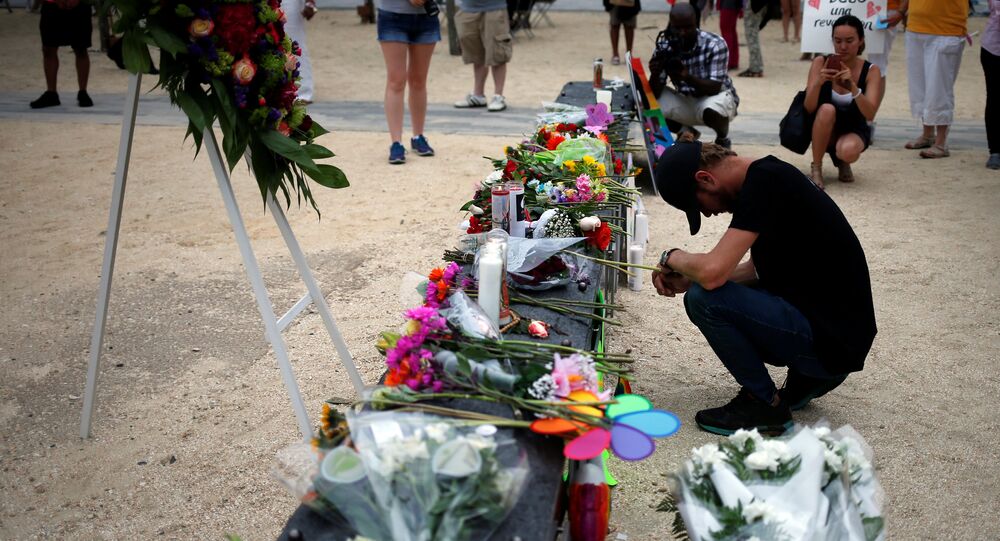 FBI: Homegrown Terrorists a Bigger Threat than Foreign Operatives in 2018

The FBI has released a report naming homegrown radicalized individuals as the main terrorist threat to the US of 2018, surpassing the danger of foreign-based operatives who enter the country expressly to commit acts of terror.

The report, which was acquired by the Portland Press Herald, holds that American nationals who commit acts of terror either inspired by radical groups such as Daesh or acting for their own reasons have outgrown foreign operatives as the principal terror threat facing the US today.

The report has inspired mixed feelings in terrorism experts. Speaking to the International Business Times, former Justice Department National Security Division lawyer Matthew Heiman agreed with the report's findings. He cited major terrorist incidents in the US in recent years, such as the December 2015 San Bernardino shooting in California, the June 2016 Pulse nightclub massacre in Florida, and the October 2017 New York City truck attack as high-profile cases of homegrown domestic terror.

"If you look at the numbers, the repetition and the consistency, I think that's number one by a long stretch," Heiman said.

The Extremist Crime Database reported that the US saw 17 fatalities across five attacks committed by foreign Islamic terrorists in 2017. While these attacks logged a higher success and fatality rate than those committed by homegrown terrorists, likely due to the training and experience of the perpetrators, they were far less frequent.

"Al-Qaeda [operators were] planning these epic, dramatic attacks," he said. "You compare that to [homegrown Daesh terrorists], and their approach is 'here's what we'd like, you go out and figure out how to do it.'"

"So then you get individuals picking up whatever they can, bats or cars or firearms, without a lot of training in how to get those mass casualties."

However, former FBI counterterror official Michael German criticized the reports' methodology for using artificial categorizations that would not be useful in combating terror. "There's this focus on categorizing ideology, rather than focusing on methodology for committing these acts of violence," he told the outlet.

"It springs from this necessity to categorize in order to distribute resources in an organized way, but we then come to believe those categories are real. This whole concept of a radical Islam, which includes very different groups such as [Daesh], al-Qaeda, Hezbollah… it has nothing to do with keeping Americans safer," German said.

German added that most homegrown terrorists were people who already planned to commit violent acts and were just in search of an ideology that they could use to psychologically justify their actions.

The third major type of terror, hate crimes committed usually on racial grounds, saw an uptick in 2017 but remains a distant third to Islamic terror. "Domestic extremist movements collectively pose a steady threat to the United States," said FBI Director Christopher Wray in November. "We anticipate law enforcement, racial minorities, and the U.S. government will continue to be significant targets for many domestic extremist movements."