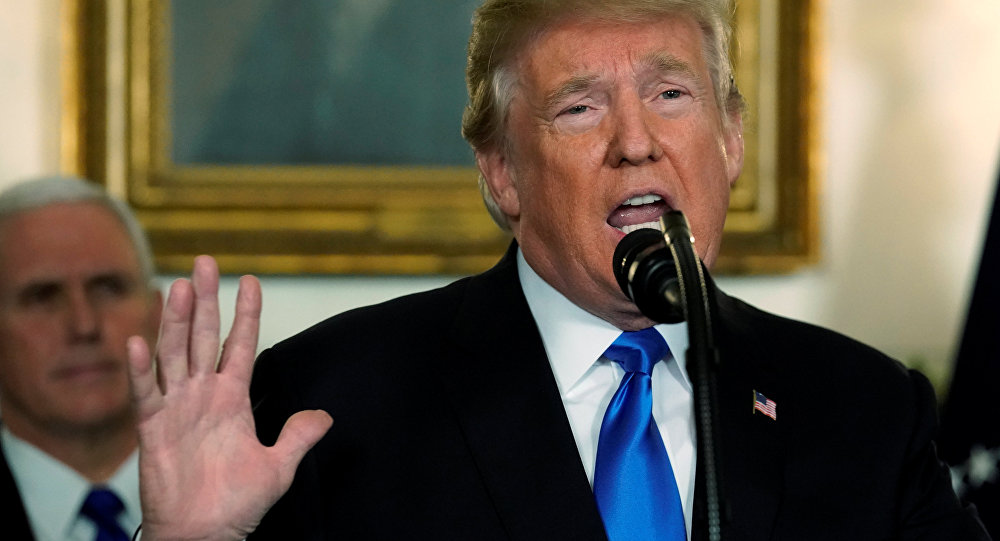 MOSCOW (Sputnik) - The US Court of Appeal for the Ninth Circuit in San Francisco ruled that US President Donald Trump's third immigration order exceeds the scope of his delegated authority.

"For the third time, we are called upon to assess the legality of the President’s efforts to bar over 150 million nationals of six designated countries from entering the United States or being issued immigrant visas that they would ordinarily be qualified to receive… We conclude that the President’s issuance of the Proclamation once again exceeds the scope of his delegated authority," the verdict, made on Friday, said.

According to the court's verdict, Trump's interpretation of Article 8 of the Immigration and Nationality Act deviates from the legislative history and prior executive practice. Besides, the US president does not have a separate source of constitutional powers for adopting such an order.

Trump had to provide the substantiated legal evidence that the entry of migrants to the country would be detrimental to the interests of the United States, the document added.

© REUTERS / Kevin Lamarque
Trump to Tie Wall Funding to Ending Obama's 'Dreamer' Program, Stop 'Chain Migration'
In late June, Trump's travel ban for nationals of Iran, Iraq, Libya, Somalia, Sudan, Syria, and Yemen came into effect. The ban was then amended as a result of which Iraq and Sudan were removed from the list, while nationals of Chad, North Korea, and Venezuela's officials were added.

Lower courts have attempted on numerous occasions to argue the legality of the order and its amended versions, while the Supreme Court has allowed Trump's executive order to go into effect.

Ex-Senate Adviser: Trump Unlikely to Cut US Aid to Allies Over Jerusalem Vote