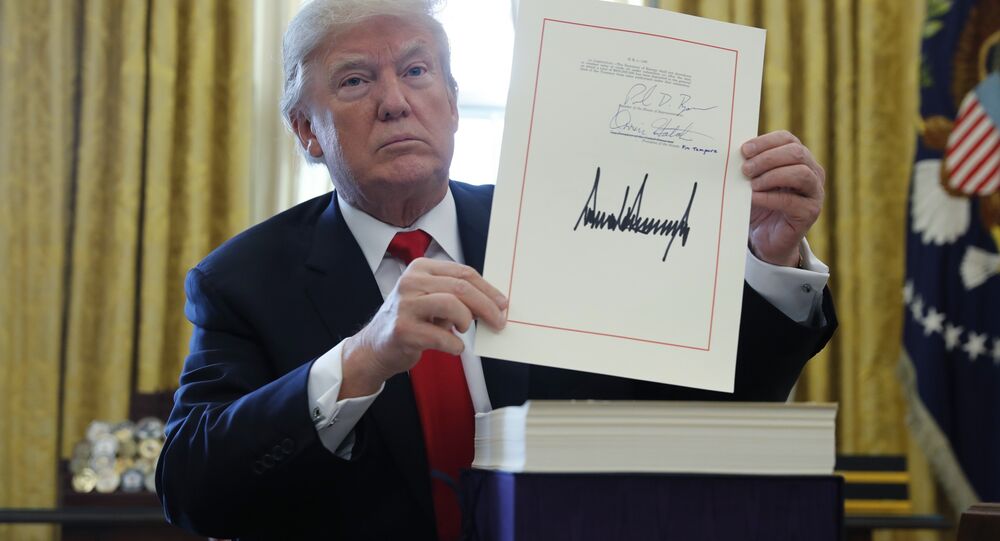 The US president has previously said that he would sign the bill stipulating sweeping tax cuts on January 1, 2018.

Trump has signed the bill stipulating big tax cuts for business enterprises and smaller ones for individuals, including the middle class and low-income families. According to the authors of the bill, it will boost the US economy and will bring money back to the country.

READ MORE: Trump's Tax Plan: 'When US Debt Approaches GDP, That Changes a Lot of Things'

Commenting on the size of tax cuts, Trump said that "the numbers will speak" while preparing to sign the bill. Initially, the president was reportedly going to sign the bill in January, however, on Friday, he said he would do it before departing for the Christmas holidays to Florida.

Will be signing the biggest ever Tax Cut and Reform Bill in 30 minutes in Oval Office. Will also be signing a much needed 4 billion dollar missile defense bill.

The bill slashes tax rates for companies from 35% to 21%, marking the first major tax overhaul in the United States since the 1980s.

At the same time, the Democrats have been speaking against the tax bill, saying it will add $1.5 trillion to the ever-growing national debt.

Trump has signed the tax overhaul package along with a temporary bill that should prevent the US government from shutting down.