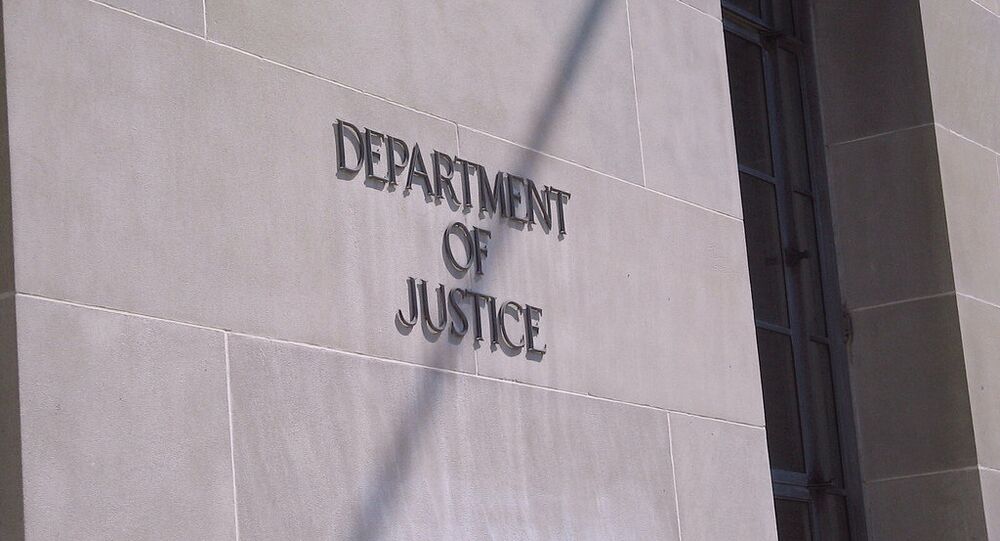 DoJ: No Response to RT's Freedom of Information Act Forthcoming

The US Department of Justice (DOJ) is evaluating a Freedom of Information Act (FOIA) request sent by the RT channel regarding information on broadcasting companies such as CGTN America, Al Jazeera and the BBC, an official with the department said Thursday.

The FOIA request is part of the measures that RT Editor-in-Chief Margarita Simonyan said the broadcaster would take after being asked to register under the Foreign Agents Registration Act (FARA) in the United States. The request, according to RT America News Director Mikhail Solodovnikov, is asking why other broadcasting companies that are state-owned are, unlike RT, not registered as "foreign agents" under FARA.

"As for your FOIA request, I understand that it is currently in the pipeline and individuals are evaluating it in due course," Deputy Assistant Attorney General Adam Hickey told reporters in a telephonic press briefing.

Solodovnikov also inquired about the status of the Advisory Opinion request that RT submitted concerning their status as a "foreign agent" under FARA.

However, the DOJ official made clear that a response would not be forthcoming.

"As you know, you received the Determination Letter from us and that letter set forth the reasoning and our opinion as to why RT [America], or rather T & R Productions, had an obligation to register. That is essentially what you would’ve gotten from the Advisory Opinion so there’s no purpose served by separately copying and pasting the very same reasoning and the very same facts," Hickey said.

© Sputnik
RT Editor-in-Chief Glad There Are Concerns in US Over Interpretation of FARA
On November 13, RT America was registered as a "foreign agent" in the United States upon the request of the US Department of Justice and then lost accreditation to the US Congress over this designation. RT has recently faced significant pressure in the United States, with US lawmakers and the intelligence community claiming they may had been involved in Russia's alleged attempts to influence the 2016 US presidential election. RT and Russian authorities have denied all such allegations, calling them as unsubstantiated.

Earlier in December, RT’s Managing Director Alexey Nikolov told Sputnik that RT America will expand despite the registration as a "foreign agent."

© Sputnik / Evgenya Novozhenina
Sputnik's Partner FARA Registration 'Purely Political' - Editor-in-Chief
Responding to the pressure exerted on the Russian media, Moscow worked out a set of measures as well. In particular, Russian President Vladimir Putin on November 25 signed a law allowing the Russian Justice Ministry to recognize media outlets as "foreign agents." The Ministry of Justice in December placed nine media outlets, including the Voice of America and the Radio Free Europe/Radio Liberty broadcaster, on its list of foreign agents.

FARA requires any individuals or entities representing a foreign government in the United States to register as a "foreign agent." The law necessitates that those registered with the DOJ as "foreign agents" to make periodic public disclosure of their activities, receipts and disbursements in support of those activities. FARA was enacted in 1938.