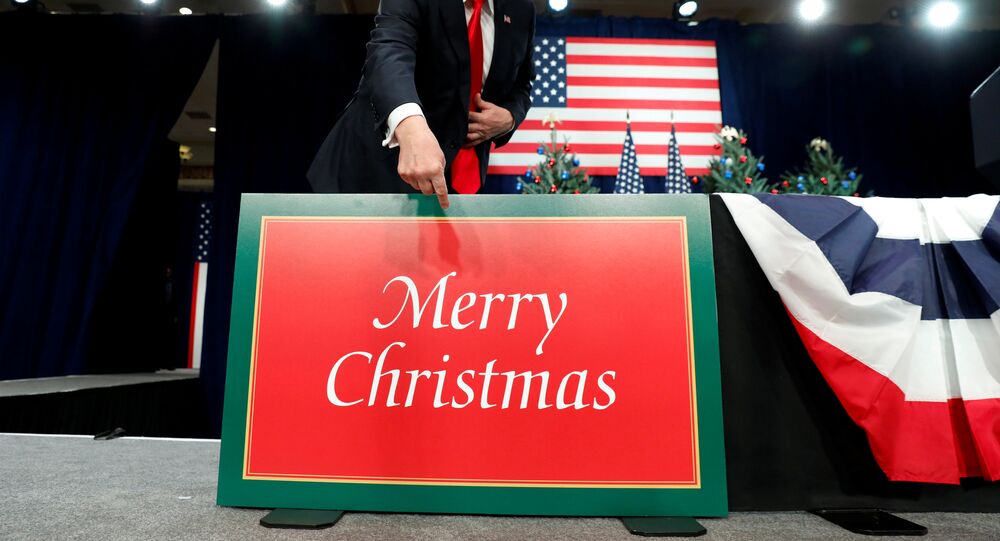 The continuing decline President Trump’s public approval rating might be good news for Democrats as voters look toward next year’s midterm elections and almost half of registered voters say they prefer Democrats to control Congress, compared to 41 percent for Republicans.

According to the results of a CNN poll released on Tuesday, only 35 percent of Americans believe that Trump is doing a good job as president, with a hefty 59 percent saying he is not.

The survey, conducted among 1,001 adults nationwide via home and cell phones from December 14 to 17, is also in line with other polls that have been released recently and suggest a fracturing of Trump’s support base with 76 percent of Republicans and Republican party supporters now approving of the president's job performance, down from 84 percent in February.

Thousands of protesters took to the streets in 20 cities across the United States to denounce the policies of the president and his administration.

However, despite his slipping popularity among his fellow Americans, Donald Trump is still faring better than his own party.

Republicans in Congress are suffering at a 29 percent approval rating and even though they control both houses of Congress, they have failed to achieve any serious legislative victories.