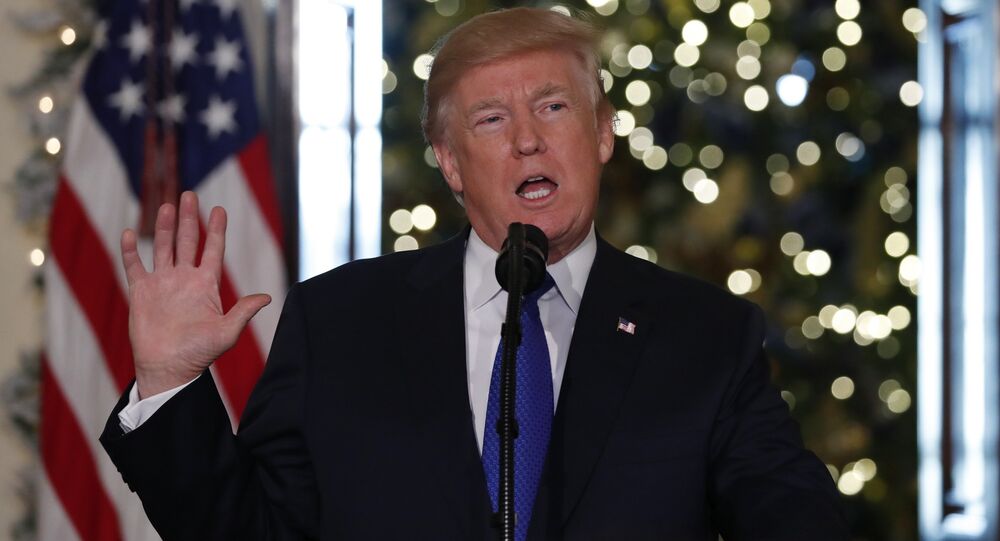 The Republican tax plan that passed the US House of Representatives Tuesday afternoon appears to have violated procedural rules that must be followed for the Senate to vote on the bill, according to the ranking members of the Senate Finance and Senate Budget committees.

"In the mad dash to provide tax breaks for their billionaire campaign contributors, our Republican colleagues forgot to comply with the rules of the Senate," Sens. Bernie Sanders (I-VT) and Ron Wyden (D-OR) said in a Tuesday statement.

"We applaud the [Senate] parliamentarian for determining that three provisions in this disastrous bill are in violation of the Byrd rule," the senators said, noting that they intend to "raise a point of order to remove these provisions from the conference report and require the House to vote on this bill again."

"While Republicans met in SECRET for weeks, they thought the American people weren't paying attention — but we've been watching the ENTIRE TIME," Wyden posted on Twitter.

In a notice to House legislators, the second highest ranking official in the House, Majority Leader Rep. Kevin McCarthy (R-CA), advised members of the chamber "that an additional procedural vote on the Motion to Concur is expected tomorrow morning, which will clear the bill for President Trump's signature."

Looks like they will need to re-vote because of the Byrd Rule.

And in case he gets confused, it's Byrd, not Bird. pic.twitter.com/XCGcr9YYvH

​According to the Senate parliamentarian, the bill was found in violation of the Byrd rule "for allowing the use of 529 savings accounts for home-schooling expenses, the short title: ‘The Tax Cuts and Jobs Act,' and part of the criteria used to determine whether the endowments of private universities are subject to the legislation's new excise tax."

"These provisions may be struck from the conference report absent 60 votes," the parliamentarian said, noting that the violations were "impermissible."

"I wouldn't read too much into this. Somebody screwed up… It's not the end of Western civilization. We had the votes, we'll have the votes tomorrow," Senator John Kennedy (R-LA) told Meet the Press.

Skeptics of the bill have charged that the tax bill already violated the Byrd rule in a separate sense from the points mentioned by the parliamentarian, namely the part of the rule stating that bills cannot add more than $1.5 trillion to the national debt without requiring 60 votes to pass the senate.

Long shot & I don't even know for sure, but suppose it is a TINY possibility that the Byrd Rule objections Dems got give them a little time, before the Senate vote, to try to get a CBO score on the deficit effect. If it comes out too high, it forces 60 votes.

​The Wharton School of Business at the University of Pennsylvania estimated Monday that the tax bill "increases debt by between $1.9 trillion and $2.2 trillion over the next decade." Incidentally, US President Donald Trump graduated from Wharton in 1968.

A new analysis of the Tax Cuts and Jobs Act #TCJA from the @Penn @Wharton Budget Model shows a debt increase of between $1.9 trillion to $2.2 trillion over the next decade. Full report: https://t.co/mdwYCOTOfA #TaxReform

​The tax bill "clearly violated the Byrd rule, most significantly by adding to the deficit beyond the budget window," the Committee for a Responsible Federal Budget, a non-partisan Washington-based think tank, reported November 7.