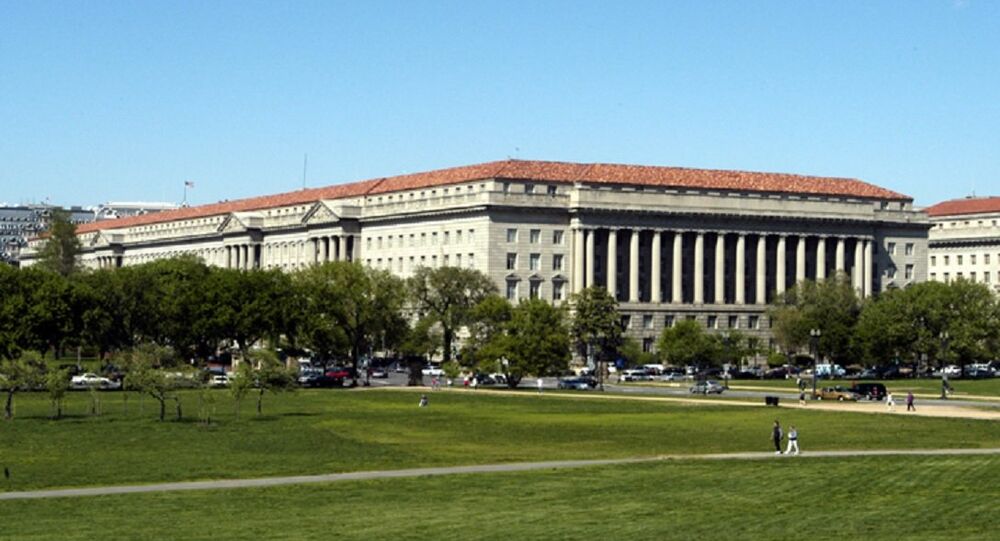 WASHINGTON (Sputnik) - The United States has blacklisted two Russian defense companies, Novator and Titan-Barrikady, by placing them onto the Entity List for alleged violations of the Intermediate-Range Nuclear Forces (INF) treaty, the US Department of Commerce said in a document on Tuesday.

The Commerce Department said the two companies allegely produced for the Russian Ministry of Defense a ground-launched cruise missile system and associated transporter-erector-launcher "with a range prohibited by the Intermediate-Range Nuclear Forces [INF] treaty."

"Therefore, there is reasonable cause to believe, based on specific and articulable facts, that Joint Stock Company Experimental Design Bureau Novator, and Joint Stock Company Federal Scientific and Production Center Titan-Barrikady have been involved in actions contrary to the national security or foreign policy interests of the United States," the document reads.

The Commerce Department stated in the document that the Export Administration Regulations impose additional license requirements and limit the availability of most license exceptions for exports, re-exports and in-country transfers for the listed companies.

During the annual press conference on Thursday, Russian President Vladimir Putin said that the United States had de facto withdrawn from the INF treaty by deploying missile launching systems in Romania. He explained that the United States accused Russia of violating the INF treaty and used the accusations as a reason to withdraw from the accord, adding that Russia had no intention of withdrawing from any treaty that shapes international security.

The statement was made in wake of the approval of new sanctions against Russia by US President Donald Trump earlier this month over the alleged violations of the INF deal. The move followed the US Secretary of State Rex Tillerson's accusations made in September, regarding the alleged violations of the treaty, a claim which has been repeatedly denied and called groundless by the Russian Foreign Ministry.

The 1987 INF treaty prohibits the development, deployment and testing of ground-launched ballistic or cruise missiles with ranges between 300 and 3,400 miles. The United States and Russia have repeatedly accused each other of violating the treaty.