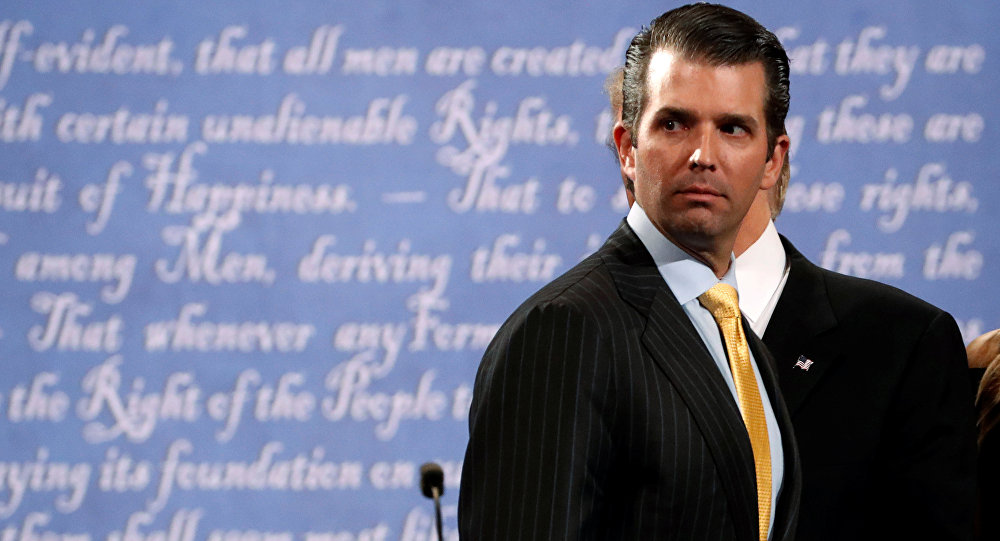 US House of Representatives Speaker Paul Ryan and Democratic leader Nancy Pelosi should open an investigation into the leaks of the testimony of Donald Trump Jr. to the House Intelligence Committee, according to a letter released by three Republican congressmen on Monday.

WASHINGTON (Sputnik) — The three lawmakers claimed that as intelligence panel was conducting its closed session interview with Donald Trump Jr., tidbits of his testimony were being leaked to the press.

"Our serious concerns center around but are not limited to the leaks of privileged information by HPSCI [House Permanent Select Committee on Intelligence] members and/or staff to the press regarding an interview of Donald Trump, Jr. that took place on December 6, 2017," the letter to both leaders signed by Congressmen Lee Zeldin, Mia Love and John Ratcliffe said.

Those who may be found to have violated the rules by leaking information to the press should be removed from Intelligence Committee's investigation into alleged Russian activities during the 2016 presidential election, the letter explained.

"This is evidenced in multiple tweets and online articles that contained privileged information that only members or staff present for the interview would have been privy to," the letter said.

In June 2016, Trump Jr. — the eldest son of President Donald Trump — arranged a meeting at Trump Tower with a Russian lawyer, believing she had damning information about Democratic presidential candidate Hillary Clinton, according to published reports.

Interviewed by US Senate investigators in September, Trump, Jr. said he was looking to see if Hillary Clinton was fit to be president. He said he received no information on Clinton from the Russian lawyer.

Both the US president and Russia have denied alleged colluding during the 2016 US election. Moreover, Russia has denied meddling in the election and characterized the allegations to the contrary as being groundless.

Organizer of Trump Jr.-Russian Lawyer Meeting to Testify Before US Congress