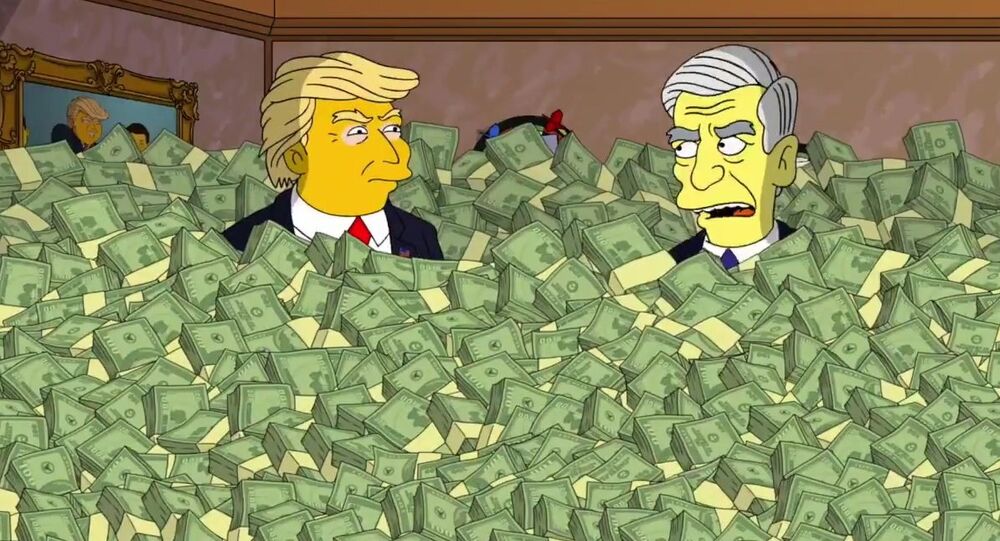 The cartoon show is well-known for making fun of Donald Trump, however this time it has drawn attention to the dire plight of Puerto Rico after the powerful hurricane that swept across the island earlier this year.

The latest sketch starts with a scene showing Special Counsel Robert Mueller, who has been charged with investigating Russia’s alleged meddling in the 2016 US elections, being driven to the Trump Hotel to meet the President. Mueller gets in the building through the back entrance, which says “Russians Welcome,” and sees Trump, who attempts to bribe him.

While fictional Mueller refuses to take the bribe and runs off, the housekeeper walks into the room and is shocked by the amount of money.

When Trump leaves the room in haste, saying that he didn’t see any money and neither did she, the woman says: “Finally, Puerto Rico catches a break.”

She takes off her housekeeping clothes to reveal a Mayoral outfit underneath, allegedly representing Carmen Cruz, San Juan’s real mayor, and starts vacuuming up the money.

The final message on the screen, urging people to help the country, says: "34 per cent of Puerto Rico is still without electricity. Hurricane Maria left $94 billion in damages. Most of Puerto Rico still has no drinking water."

The devastating Hurricane Maria struck Puerto Rico in September 2017, having cut communications, flooded neighborhoods, demolished homes, and wiped out crop fields. Carmen Cruz has been involved in a war of words with Trump over his handling the situation. While San Juan’s mayor urged the president to “ramp up relief efforts,” Trump slammed Cruz’ leadership, saying that federal workers were doing a “fantastic job” there.