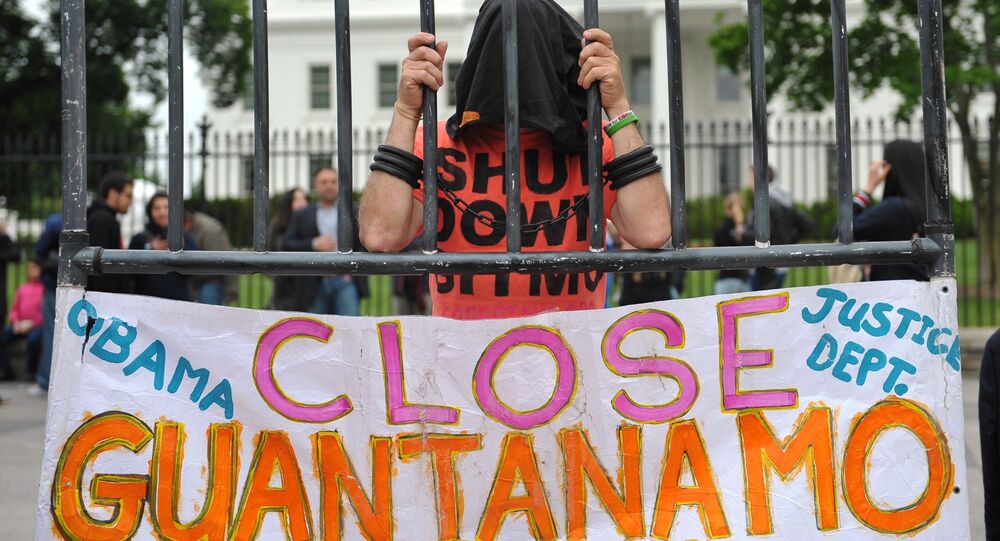 Although torture is banned under international and US law, a top United Nations human rights investigator revealed this week that the Pentagon’s Guantanamo Bay prison in Cuba - a detention center for suspected terrorists - continues to employ the barbaric practices.

On Wednesday, UN investigator Nils Melzer announced that he has evidence that Ammar al-Baluchi, one of the alleged conspirators in the 9/11 attacks, continues to be tortured at Guantanamo Bay.

"Mr. al-Baluchi has been held in isolation at a severely restricted-access facility at Guantanamo Bay for more than a decade," Melzer said in a recent statement.

"In addition to the long-term effects of past torture, noise and vibrations are reportedly still being used against him, resulting in constant sleep deprivation and related physical and mental disorders, for which he allegedly does not receive adequate medical attention."

This comes after the US banned "enhanced interrogation techniques," approved by the administration of George W. Bush after 9/11, almost a decade ago.

"This is one of the most fundamental norms of international law, and its violation is listed among the most serious international crimes, including crimes against humanity and war crimes," Melzer said.

"No circumstances, however exceptional and well argued, may be invoked to justify torture."

In an email to Newsweek, Melzer said that if the allegations are true, "the conditions of detention some of the high security inmates are subjected to can only be described as cruel, inhuman and degrading. The only way to determine whether these reports are accurate is for the US to finally allow independent verification by internationally recognised experts."

"What matters most, and what cannot be disputed, is that US officials have resorted to systematic torture in the past and that the US has consistently refused to prosecute the responsible perpetrators and policy makers," Melzer added.

"This misguided policy of deliberate impunity for state-sponsored crimes of utmost gravity is not only a danger to US national security, but violates the most basic principles governing any civilized nation, namely humanity, justice and the rule of law," he said.

The Senate Intelligence Committee admitted to torture practices against suspected terrorists in a 2014 report, and the Obama administration publicly acknowledged its use of torture as well, although the Pentagon continues to deny Melzer's claims of continued torture on suspects at Guantanamo Bay.

"These claims have been investigated on multiple occasions in the past and no credible evidence has been found to substantiate his claims," said Major Ben Sakrisson, a Department of Defense spokesman, cited by Newsweek.

"It's also important to remember that [Melzer's] perspectives, reflected in reports or press releases, are not legal obligations and may go beyond what is required by international law and what is the practice of most States," Sakrisson added in a statement to Newsweek on Wednesday.

Human rights experts remain convinced that the US government is torturing detainees at Guantanamo. Clive Stafford Smith, who founded the human rights organization Reprieve and visited Guantanamo last week, wrote in an email to Newsweek that "the treatment of detainees remains abysmal, after all these years."

"Though the word ‘torture' distracts us from the real issues. We should not aim to treat human beings ‘a little bit better than torture,'" Smith, a lawyer, who has represented detainees at Guantanamo Bay, said.

According to a March 2017 report from the American Civil Liberties Union, 41 men are currently detained at Guantanamo. Of those 41 men, 26 have never been charged with a crime and five are being detained even though their innocence has been proven.

It costs some $7 million annually to detain a suspect at Guantanamo Bay.

Since George W. Bush opened the prison in 2002, almost 800 suspects have been detained.

Before being elected, Obama claimed that would shut down the detention center, but failed in repeated attempts as president due to Congressional pushback.

Even though the prison is technically illegal, US President Donald Trump has endorsed torture practices and has previously threatened to "load up" Guantanamo Bay "with some bad dudes."

Amnesty International, a human rights organization that has repeatedly urged for shutting down Guantanamo Bay, is calling for the Trump administration to close down the prison center in light of the new information.

"There must be accountability--including prosecutions--for torture and other ill-treatment carried out by the US government since the 9/11 attacks," Zeke Johnson, a senior director of programs for Amnesty International USA, told Newsweek.

"President Trump and other members of his administration who have supported waterboarding must renounce torture and commit to ensuring it never happens again," Johnson added.