The pending Republican proposal to revamp the US tax code appears to reflect an effort to boost income inequality, a report by UN Special Rapporteur stated.

WASHINGTON (Sputnik) — UN Special Rapporteur on Extreme Poverty and Human Rights Philip Alston charged in a report following his recent visit to the United States that the pending Republican proposal to revamp the US tax code appears to reflect an effort to boost income inequality.

"The proposed tax reform package stakes out America’s bid to become the most unequal society in the world, and will greatly increase the already high levels of wealth and income inequality between the richest 1 percent and the poorest 50 percent of Americans," the report stated.

After a two-week visit to the United States, Alston issued a report that listed 71 criticisms of the country, ranging from a health care that ignores tropical diseases such as Zika to police mistreatment of homeless people in the city of San Francisco.

The report also accused US politicians and media of depicting wealthy Americans as "industrious, entrepreneurial, patriotic, and the drivers of economic success," while characterizing the poor as "wasters, losers and scammers." 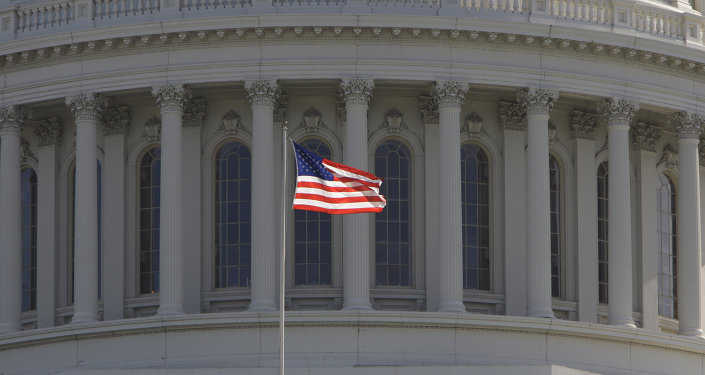 © Sputnik / Igor Mikhalev
US Senate Approves Tax Reform Bill in 'Big Beautiful Christmas Present' for Trump
In a 2016 state of the nation review, the Stanford Center on Poverty and Inequality ranked the US in last place in a list of the 10 most well-off countries, in terms of income and wealth equality.

The review also found that the US was one of the worst offenders in terms of the ability of under-privileged families to lift themselves out of poverty.

Alston claimed he wrote his report against the background of efforts by President Donald Trump and House of Representative Speaker Paul Ryan to shred a social safety net that is already full of holes.

The most recent version of the proposal calls for earnings in the highest tax bracket to be taxed at 37 percent rather than 39.6 percent. It also calls for a much higher standard deduction: $12,000 for an individual or $24,000 for a family, meaning that people would only pay federal income taxes on money earned above that amount. It also calls for a massive reduction in corporate taxes, from 35 percent to 21 percent. However, it funds these cuts by eliminating some deductions.

Trump has described the United Nations as a corrupt and wasteful club for people to get together, talk and have a good time, while creating problems instead of solving them.