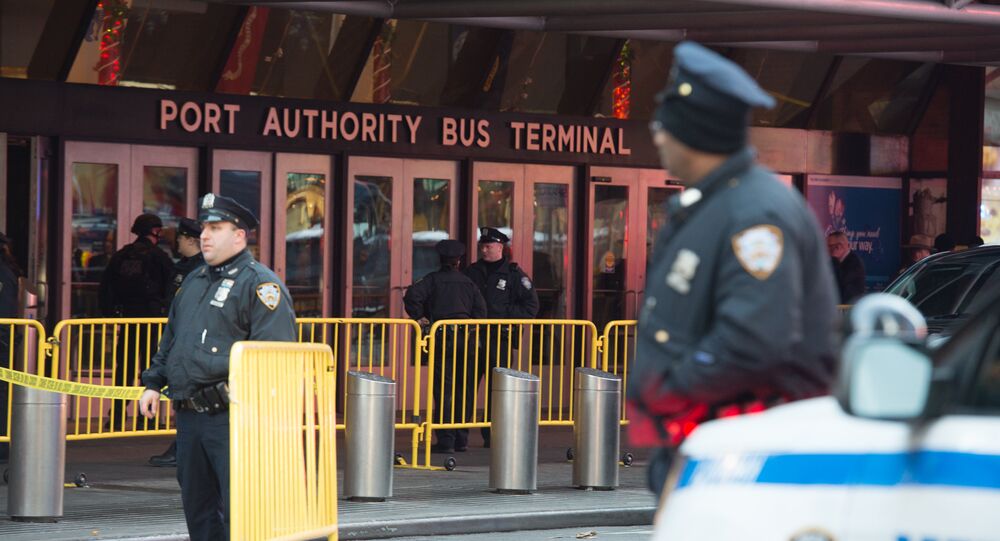 The suspect in the bombing of the New York subway passage, originally from Bangladesh and having resided in the US for about seven years, is believed to have been influenced by a terrorist group.

Akayed Ullah is charged on five counts with "provision of material support and resources to a designated foreign terrorist organization," "use of weapons of mass destruction bombing a place of public use," "destruction of property by means of fire or explosive," "use of a destructive device during and in furtherance of a crime of violence," a court document reads.

Meanwhile, the Bangladeshi Counter-Terrorism and Transnational Crime Unit (CTTC) are questioning his family members, in particular, the wife, father-in-law, and mother-in-law.

Ullah visited Bangladesh in September and returned to the United States in October, the New Age daily reported.

UPDATE: Akayed Ullah, the suspect arrested in yesterday’s terror attack in NYC, has been charged with the following:
• Criminal Possession of a Weapon
• Support Act of Terrorism
• Making Terroristic Threat#NYPDprotecting

During a joint press conference with police representatives and the New York governor on Monday, NYC Mayor Bill De Blasio said that authorities believe that the suspect in the Manhattan explosion acted alone, however, an investigation into the attack is currently underway.

According to New York Governor Andrew Cuomo, the attacker could be influenced by or affiliated with any terrorist groups, including Daesh, adding that there were no other credible threats to New York City. The governor assured that police would enhance their presence in key public places around the city as a precautionary measure.

Akayed Ullah was allegedly planning the attack in Manhattan, using a device based on a pipe bomb, affixed to him with a combination of velcro and zip ties, the Deputy Commissioner for Counterterrorism and Intelligence John Miller stated on Monday, commenting on the explosion.

As a result of the blast, the suspect in the attack was injured with burns and lacerations, with three other people sustaining minor wounds, the police said.