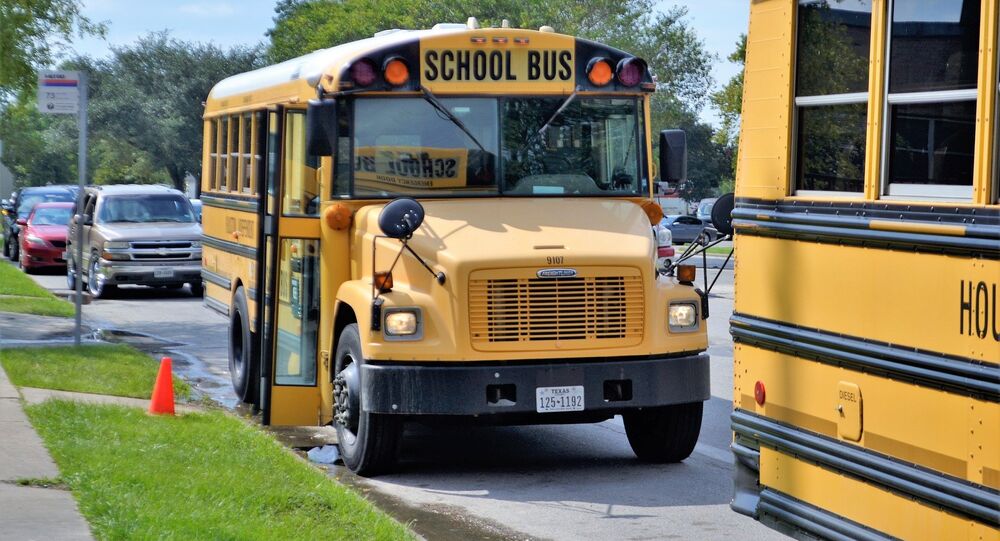 The group issued a faux news broadcast, based on the interviews with pupils, teachers and passers-by, talking about the shooting that will take place at their school the very next day and troublesome signs they might have observed but failed to recognize or tell others about.

The footage shows a "typical" situation after the incident, when  students are questioned they start remembering weird things about the perpetrator’s behavior:

“He told some of us that his dad kept a gun in his closet and he always talked about using it on … the people that bullied him,” one student says. “Tomorrow I’ll probably say that I wish I told someone.”

In the meantime, the police say that the investigators will find out that the shooter has been talking about his plans on social media for weeks.

The video, released to promote the group’s “Know the Signs” program, shows the importance of preventing gun violence before it starts, the only thing that each of us has to know is how to see and recognize warning signs that may result in a tragedy.

The Sandy Hook Promise, founded by two parents in the aftermath of school shooting in 2012 in Newtown, Connecticut seeks to raise $1 million for its programs through donations received in response to their public service announcements and a tribute song “The Dreaming Kind,” which was recorded by famous artist Sheryl Crow.

Another powerful film titled Evan was done by BBDO New York advertising agency for Sandy Hook Promise last year and featured an unexpected twist. While one of the students was thoroughly planning a school shooting, others, including Evan, were counting down the days to summer holidays, and didn’t notice any signs. The video has been viewed more than 10 million times on YouTube, and won the Entertainment Gold Lion at Cannes.

The Sandy Hook Elementary School shooting happened on December 14, 2012, when  20-year-old Adam Lanza killed 20 first-graders, six staff members, and then shot himself in the head.