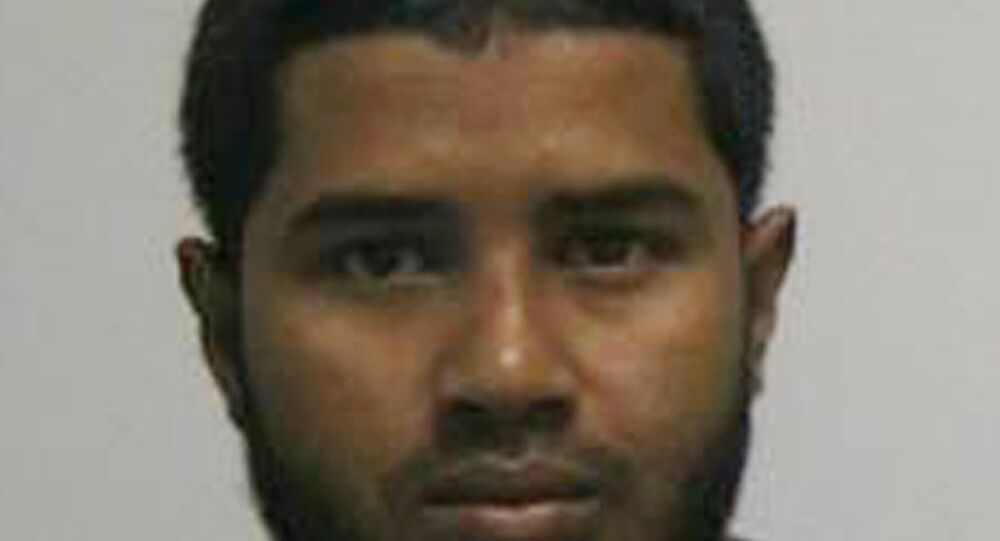 The suspect who ignited a bomb in a popular subway corridor near Times Square in Manhattan on Monday morning was influenced by Daesh propaganda online and told investigators that he set off the bomb in retaliation to US and Israeli airstrikes in the Middle East.

The 27-year-old suspect, identified by authorities as Akayed Ullah, is a Bangladeshi immigrant who lived in Brooklyn. He reportedly had a pipe bomb attached to his body "with a combination of velcro and trip ties" that was packed with explosive powder, according to James O'Neill, commissioner of the New York Police Department. Although the bomb ignited, it did not explode.

Ullah told law enforcement officials that he chose the subway passageway near the Port Authority bus terminal as the location for his attack because of its Christmas-themed posters. The suspect also told officials that he was upset over recent Israeli actions in Gaza and the deaths of Muslims, but did not specify to which incursions he was referring.

During his questioning by authorities, Ullah pledged allegiance to Daesh and admitted that he intended for the attack to be a suicide bombing. However, officials have said that it doesn't appear that Ullah has had direct contact with Daesh.

The reference to Christmas as a motive for his choice of location is reminiscent of the Berlin Christmas market attack last year, where a Daesh-motivated attacker plowed a truck through a crowd of people, killing 12. Daesh has also explicitly warned of Christmas attacks with ominous posters on the group's social media accounts.

Ullah also told officials that he learned how to make the explosive device by following instructions online and constructed it in his apartment. He made the bomb from a pipe he found at a job site close to Port Authority Bus Terminal, around 39th Street and Eighth Avenue, a nine-volt battery, matches and Christmas lights that he all purchased himself.

According to New York Mayor Bill de Blasio, it appears that Ullah acted alone. "All we know of is one individual who, thank God, was unsuccessful in his aims," de Blasio said.

The attacker was the only person who was gravely injured, suffering burns to his hands and abdomen. He is currently at Bellevue Hospital Center, according to Daniel A. Nigro, commissioner of the New York Police Department. Three other people suffered minor injuries.

The New York Post reported that the first police that arrived at the scene of the attack Monday morning prevented the bomber from reaching for his cell phone when they saw Ullah on the ground with wires coming out from his jacket to his pants, for fear that the cell phone could act as a detonation device — a possibility they had learned about through training programs.

Hasan Alam, who used to be Ullah's neighbor, said he had lost contact with Ullah since he moved about a year ago.

Alan Butrico, who owns a residential building next to the building where Ullah and his family live, said that Ullah lived in the basement, while his sister lives on the first floor and his brother lives on the top floor. Neighbors told Butrico that they heard fighting and shouting coming from Ullah's building during the past two nights.

Another neighbor who said she had not seen Ullah in months told the Telegraph that even though Ullah and his family observed Islamic customs, she did not see any signs of extremism.

"They're really nice people. This is shocking," said the neighbor, Arlene Jograj, a teacher. "We all know each other. We have block parties. I've been over there for dinner parties after Ramadan. We're a really tight-knit street," she said.

Ullah moved to the US from Bangladesh in 2011. He is a legal permanent resident with a green card and had a valid cab driver's license from March 2012 to March 2015, according to a spokesman for the New York City Taxi and Limousine Commission. However, there are no records revealing that he actually worked as a cab driver. At the time of the attack, he was working as an electrician.