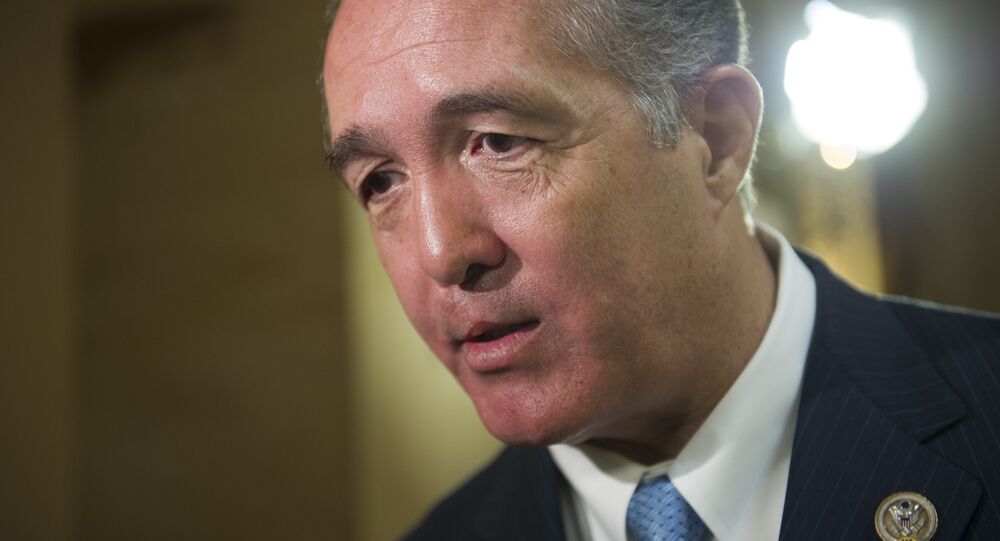 It looks like Congressman Trent Franks put his political career on the line when he approached a member of his congressional staff with an offer to act as a surrogate in exchange for money.

The Arizona Republican, who is a vocal social conservative and author of numerous anti-abortion bills, told reporters on Thursday that he had never threatened or tried to have sexual contact with any member of his congressional staff.

However, he acknowledged discussing surrogacy issues with some of his female personnel.

© AP Photo / Petr David Josek
US Army General Reprimanded, Demoted After Yet Another Sex Scandal
A former aide earlier said that Trent Franks had repeatedly pressed her to carry his child, at one point offering her $5 million to act as a surrogate.

According to media reports, some of Franks’ female aides were concerned that the staunch pro-life conservative was implying having sexual relations with his aides, as it was not clear whether he actually had in mind in vitro fertilization or sexual intercourse.

In his statement announcing his resignation on Friday, Franks said he and his wife have infertility problems.

His announcement came after House Speaker Paul Ryan threatened to refer the allegations to the US House Committee on Ethics and demanded that Franks tender his resignation.

Trent Franks is the third US lawmaker to announce his resignation this week. On Thursday, Senator Al Franken said he would resign amid a flurry of sexual misconduct allegations from eight women.