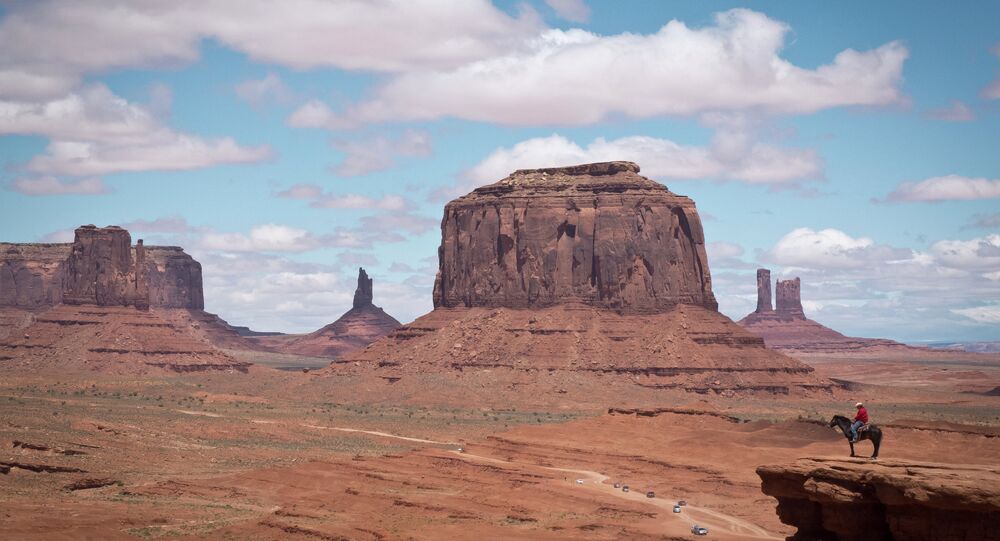 US President Donald Trump said on Monday that the previous administration of President Barack Obama locked up hundreds of millions of acres of land and water under strict government control through the Antiquities Act in the state of Utah.

WASHINGTON (Sputnik) — Donald Trump said he will significantly limit the public land designation of two national monuments in the state of Utah.

"I will sign two presidential proclamations. These actions will modify the national monuments designations of both Bears Ears and Grand Staircase Escalante," Trump said on Monday ahead of signing the documents.

The Obama administration’s use of the Antiquities Act denied the people use of areas of land traditionally utilized for farming, oil and gas exploration, timber harvest, mining and other activities, Trump added.

In addition, Zinke explained that Trump’s proclamations are not driven by interests in energy on the land, noting that there is no oil or gas in Bears Ears, but there is coal in Grand Staircase Escalante.

As Trump signs proclamations to shrink two national monuments in Utah, thousands of people have gathered outside to protest his decision.

According to US-based media reports, the two presidential proclamations are the first in a likely upcoming series of changes Donald Trump intends to make to other national monuments, which reportedly range from a forested patch of the Pacific Northwest to a stretch of the Atlantic Ocean off New England.

Meantime, a number of renowned watchdog agencies as well as advocates groups and tribal representatives have been preparing for months legal briefs that aim to block the monument changes in federal court. After two proclamations were signed, local native American representatives reportedly pledged that they would file a lawsuit in the US District Court to challenge the latest controversial action of Trump Administration.