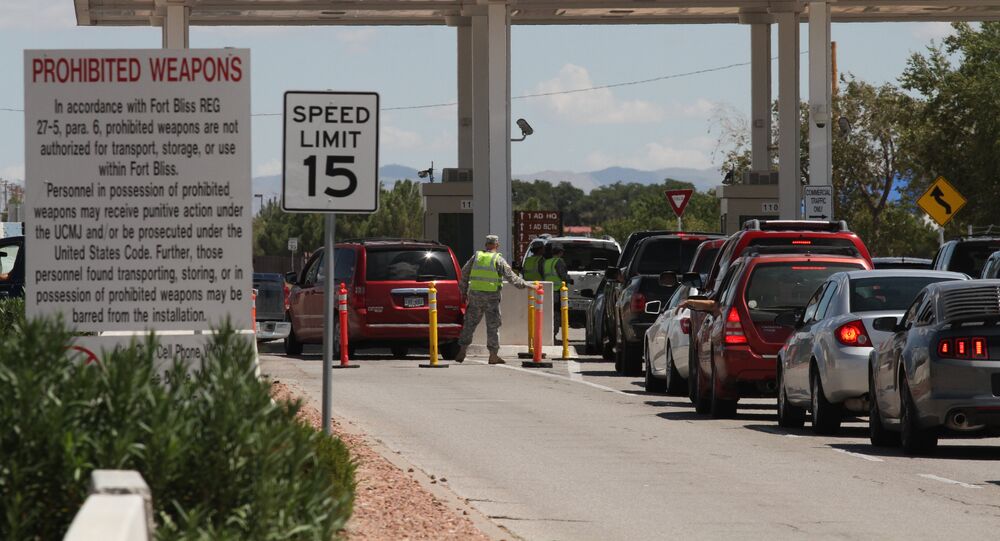 A US congressman is expected to come up with a new initiative on undocumented immigrants in the wake of Washington's recent decision to terminate its participation in the UN Compact on Migration.

MOSCOW (Sputnik) — Todd Rokita, a US congressman from the Republican Party, is expected to introduce a bill that could impose fines and prison terms on officials sheltering undocumented immigrants from deportation, Fox News reported.

Under Rokita's Stopping Lawless Actions of Politicians (SLAP) Act, officials responsible for refusing to adhere to federal legislation on immigration could face $1-million fines and jail terms of up to five years.

"It's time the federal government gets serious about enforcing immigration laws and holding politicians accountable who conspire to break them," Rokita said.

The bill is expected to be proposed after Thursday's not-guilty verdict in the murder trial of Kate Steinle, who was killed in 2015 by Jose Ines Garcia Zarate, an undocumented immigrant who had previously been deported to Mexico five times, that has prompted criticism by President Donald Trump, who called the ruling "a complete travesty of justice."

The introduction of the bill might coincide with the recent US decision to end its participation in the UN process to develop a Global Compact on Migration (GCM),  the withdrawal being explained by Washington as the country's sovereign right to secure its borders.

However, Washington has underlined its support of international cooperation on migration issues provided that the migration process "is safe, orderly, and legal".

READ MORE: Not Compatible With Sovereignty': US Withdraws From Global Compact on Migration

US ambassador to the UN Nikki Haley has commented on the move, as cited by the CNN, by saying that the global approach is not compatible with the nation's sovereignty, though, adding that the US was proud of its leadership on migration and refugee issues.

Earlier, US President Trump signed an executive order which resumes the US restricted refugee admissions programs and puts nationals from 11 countries believed to pose a higher risk to US national security under tougher scrutiny.