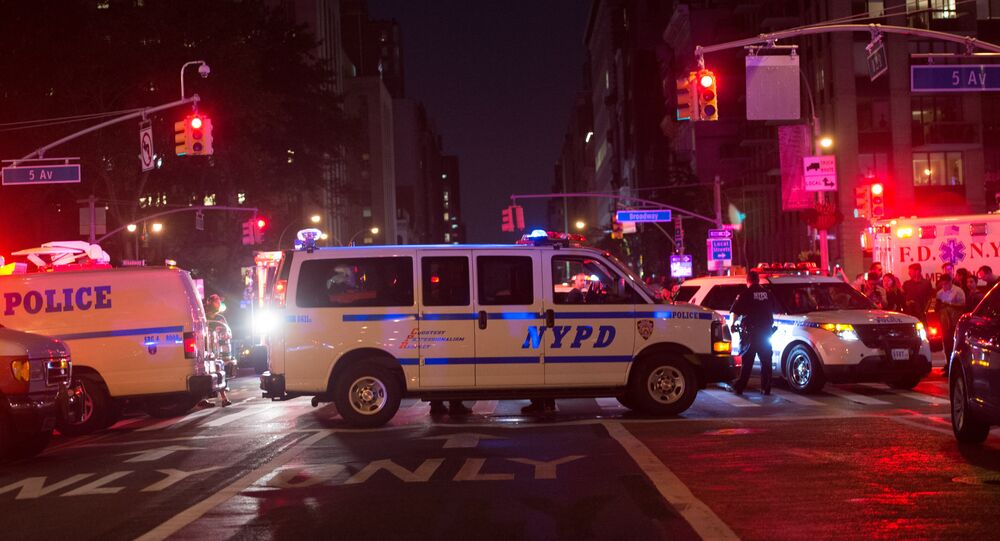 Police are searching for the driver of a white sedan that has reportedly struck several people in New York City and then subsequently fled the scene.

A car has rammed into a crowd outside a hookah bar in the Queens area of New York City around 4:45 a.m., killing at least one and injuring three people, the AP news agency reports.

The reasons behind the incident are still unknown, as the search for the suspect who reportedly drove a white Hyundai Sonata is currently underway. The police services are examining the details.

WARNING: The following photo is graphic and may offend sensibilities

PHOTO from the deadly scene in queens. 1 Dead. 5 others injured via @MHermannPhoto pic.twitter.com/Wq6piQMpi6

#BREAKING 1 person is dead and many injuried after a car is reportedly hit people in Queens #newyork, 2 people have also been stabbed. More follows CNN calling it a large disturbance, we are unaware of it is terrorist related at this time #BREAKING #URGENT

According to a NYPD detective, as quoted by AP, the incident is not believed to be a terror act. However, the attack might be deliberate as it followed a dispute and an alleged stabbing attack.

The NY Daily News has cited a witness to the accident as saying that there was a brawling group a few moments before the attack.

"The bodies went flying. The car was going really fast, at least 50 mph on the sidewalk," he told the outlet.

The New York Police Department hasn't yet officially commented on the incident.

The wounded were taken to a local hospital.