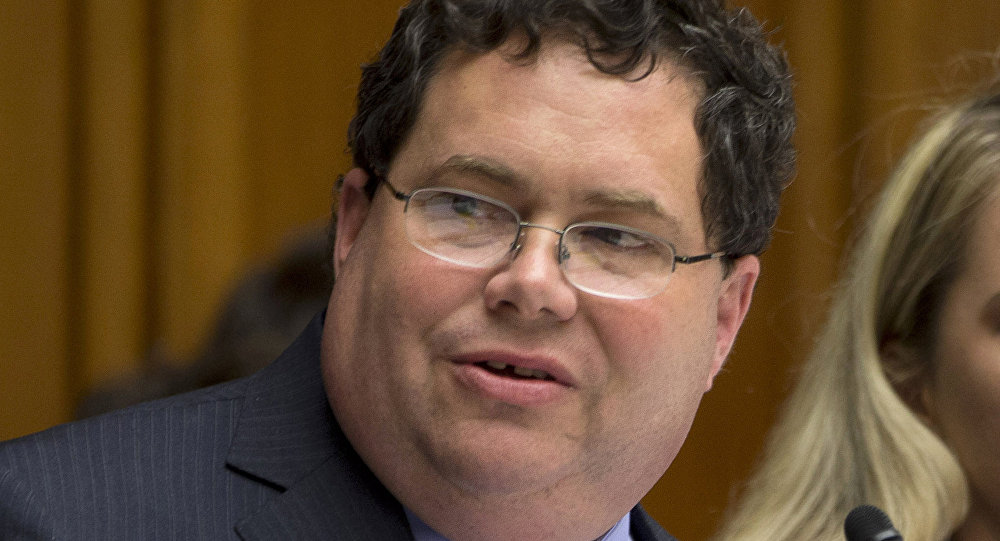 On Friday, the Washington Post confirmed that Republican Texas Representative Blake Farenthold used $84,000 from a quietly-held US Treasury fund to settle a 2014 sexual harassment lawsuit filed by a former aide.

Lauren Greene, the congressman's former communications director, accused Farenthold of making sexual comments in an effort to determine whether she was interested in a sexual relationship with the lawmaker, a married father of two girls. Farenthold categorically denied the claims.

The congressional Office of Compliance (OOC) revealed Friday that over the course of five years the Treasury Department fund paid a single sexual harassment settlement fee related to an unidentified House lawmaker's office.

The Treasury fund has paid for six workplace complaints against House members since 2013, the OOC admitted in a Friday letter sent to the Committee on House Administration. Although five of the complaints did not involve sexual harassment, they did involve employment discrimination and retaliation. This striking revelation indicates that lawmakers can settle lawsuits by simply using public funds, cited by Chron.com.

Other lawmakers, including Representative John Conyers Jr. (D-MI), have used office budgets to settle lawsuits. Settlements reached in this way are tricky to identify, even in congressional offices' payment records, according to those familiar with the practice.

On Friday, the House Ethics Committee said that it will review all sexual harassment and other misconduct allegations against members and employees of the House.

"A nice change of pace to see the Ethics Committee asserting its jurisdiction," Meredith McGehee, executive director of Issue One, a nonprofit focused on government ethics, wrote in an email, the Chron reported.

"Usually they are looking for ways to avoid taking on hard questions, hoping the member leaves or burying the allegations until the 'heat' goes away," she added.

Alexis Ronickher, a lawyer representing congressional employees in workplace complaints, believes that the settlement figures recently released reveal how little money clients receive in comparison to those in the private sector. She added that there is a great deal of emotional pain related to making allegations against lawmakers, even after being proven true.

Greene is now "publicly identified as going against and asserting claims against a member of Congress, and her name throughout the internet is associated with this," Ronickher said. "It's very hard to build a life after that."

The attorney points out that "$84,000 is a very, very modest recompense, particularly given the types of conducts that are being alleged…. These congressional staffers are not being made whole, whatsoever."

"While I 100 percent support more transparency with respect to claims against members of Congress, I can neither confirm nor deny that settlement involved my office as the Congressional Accountability Act prohibits me from answering that question," according to a statement released by the lawmaker's office.