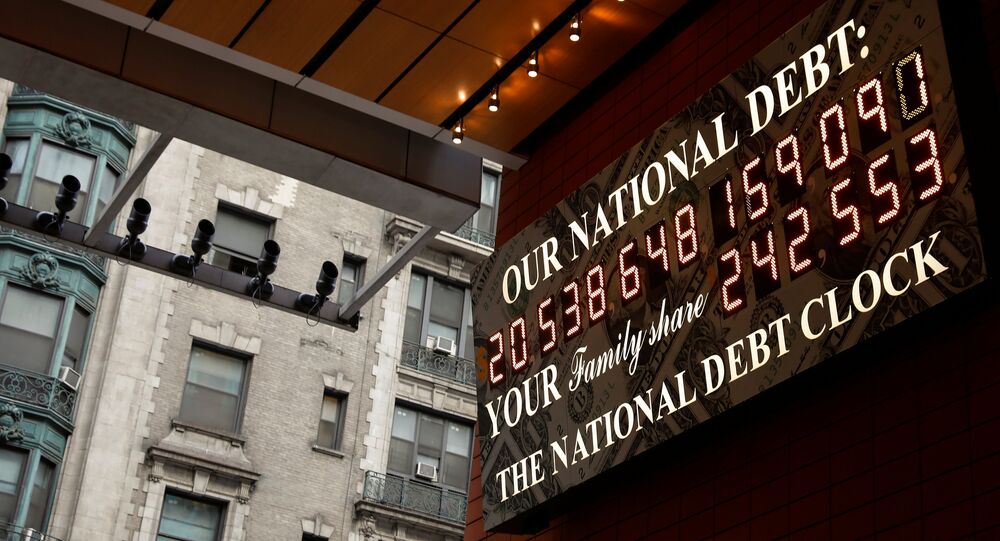 Manhattan family-owned real-estate empire visualizes how much each US family owes to creditors.

The Durst Organization has returned the 20-foot wide billboard displaying the US national debt to Manhattan after almost six months of rehab, aimed at replacing the digital display, wiring and to refresh the facade, The Wall Street Journal reported.

As the Durst Organization's chairman Douglas Durst has explained the meaning of the clock, saying that it "reminds people that this has been a problem for a while."

"It is a silent vigil that reminds people that the government needs to live within its means," he said.

The idea to create such a reminder first came to Durst's father, Seymour Durst, who has launched the counter in 1989. Before that, he was sending holiday cards to senators with the number of their shares in the national debt.

The company does not expect the situation to improve under the administration of President Donald Trump, who once called himself "the king of debt." Though, Mr. Durst believes that the project will outlive him.

The counter came back to Manhattan just days before the US Senate's vote on tax reform promoted by US President Donald Trump and backed by the Republican party, which would lead to an on-budget deficit increase of about $1.4 trillion.

The bill, which sparked numerous debates, will cut taxes for US corporations from 35 percent to 20 percent, which is set to promote economic growth in the country and bring money back to the United States.