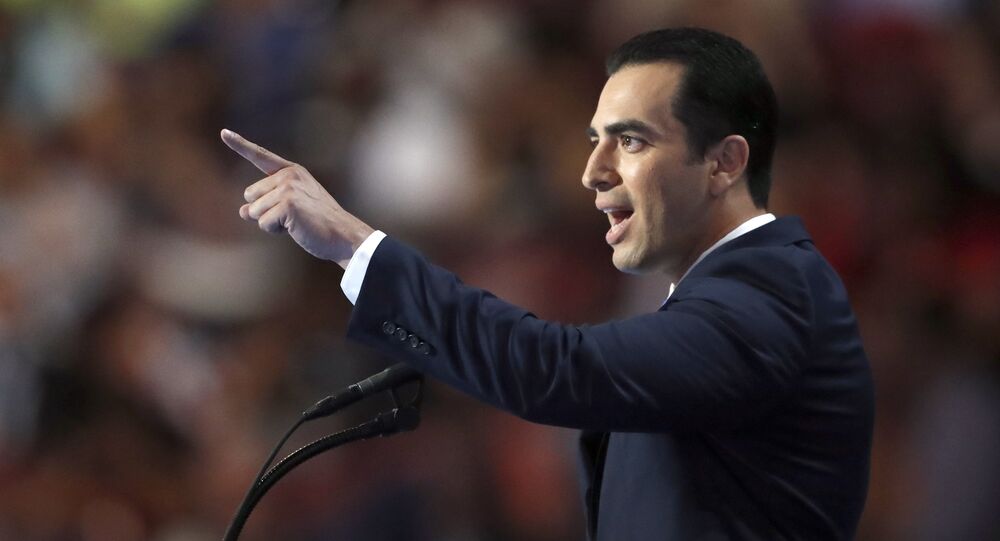 Ruben Kihuen, a first-term member of the US House of Representatives, is being urged by his fellow Democrats in Congress to step down amid allegations that he sexually harassed one of his campaign aides.

The woman, identified only as Samantha, said that the Nevada representative had propositioned her for dates and sex and twice touched her thighs without consent.

“In Congress, no one should face sexual harassment in order to work in an office or in a campaign. The young woman’s documented account is convincing, and I commend her for the courage it took to come forward,” House Minority Leader Nancy Pelosi said in a statement.

She added that in view of such “upsetting allegations” Congressman Kihuen should tender his resignation.

© AP Photo / Photo by Andy Kropa/Invision/AP
US TV Host Charlie Rose Suspended Over Multiple Harassment Allegations
Meanwhile, Ruben Kihuen has expressed regret to the woman, whom he described as “a valued member of my team,” for making her feel uncomfortable.

“I sincerely apologize for anything that I may have said or done that made her feel uncomfortable. I take this matter seriously as it is not indicative of who I am,” Kihuen said in a statement.

Kihuen’s case adds to the list of fellow legislators on Capitol Hill whose sexual misconduct has thrown their political future in serious doubt.

House member John Conyers is under similar pressure from his fellow Democrats to stand down after he was accused of sexually harassing several female aides.

Minnesota Senator Alan Franken, who is also a writer and comedian, was recently accused by model, sportscaster and radio host Leeann Tweeden of kissing her and then groping her while she was asleep.

In November, The Washington Post reported that the Republican Party's Alabama senate candidate, Roy Moore, preyed on teenagers when he was in his 30s.

Eight women have come forward with sexual misconduct or assault allegations against Moore.