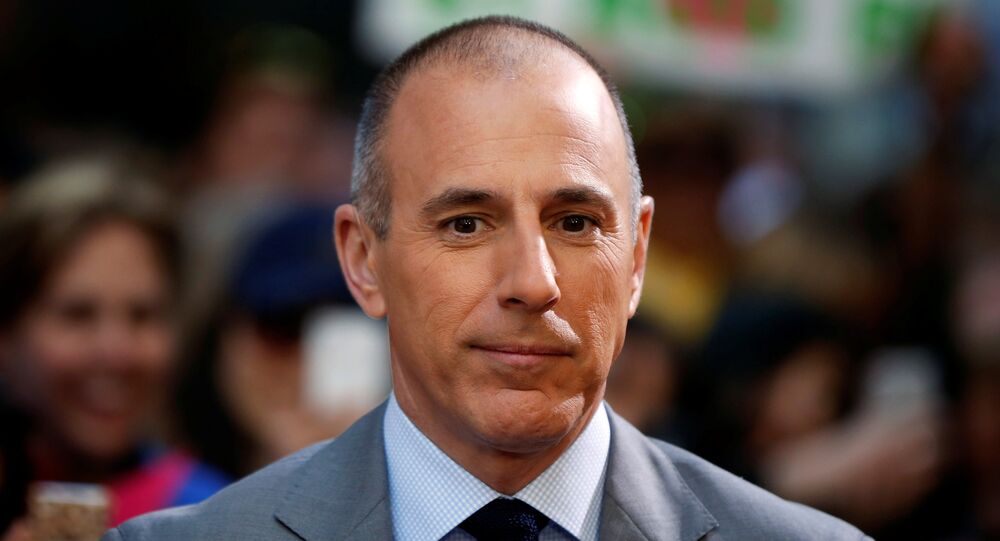 Matt Lauer, NBC's golden boy of an anchor, was fired Wednesday after a complaint dating back to the 2014 Sochi Olympic Games was filed against him Monday. He'd been the host of the "Today" show for 20 years.

"This is a sad morning here at NBC News," Savannah Guthrie, a co-anchor of Lauer, said before reading NBC Chairman Andrew Lack's memo on the dismissal. "For the moment all we can say is that we are heartbroken… for Matt… and for the brave colleague that came forward."

​"On Monday night, we received a detailed complaint from a colleague about inappropriate sexual behavior in the workplace by Matt Lauer," the note reads. "It represented, after serious review, a clear violation of our company's standards. As a result, we've decided to terminate his employment."

Hours after NBC made the announcement, Variety dropped an exclusive giving jaw-dropping details on how Lauer went so far as gifting a colleague a sex toy with an explicit note on how he wanted to use the gadget on her.

In a separate incident, Lauer reportedly dropped his pants and put his penis on full display for a female colleague, who he would only seconds later castigate for not ‘getting the hint' and partaking in a sexual act.

"There were a lot of consensual relationships, but that's still a problem because of the power he held," a former producer, who knew first-hand of the encounters, told Variety. "He couldn't sleep around town with celebrities or on the road with random people, because he's Matt Lauer and he's married. So he'd have to do it within his stable, where he exerted power, and he knew people wouldn't ever complain."

In another case the investigation revealed that Lauer "loved to engage in a crass quiz game" popularly known as "f**k, marry, kill," in which he'd admit what female co-host he most wanted to sleep with.

© CC0
#Metoo Sex Scandal Spares No One: Swedish Church, Royal Family Enter the Fray
The two-month long Variety investigation on Lauer was supported by several interviews with current and former staffers, three of which "identified themselves as victims of sexual harassment by Lauer." According to the outlet, all stories were later corroborated by "friends and colleagues that they told at the time."

Wanting to protect their own professional careers, all of the interviewees remained unnamed.

Lauer is the latest in a series of sexual misconduct allegations that began to make headline news following accusations put against Harvey Weinstein. The veteran journalist joins the likes of Bill O'Reilly and Charlie Rose.