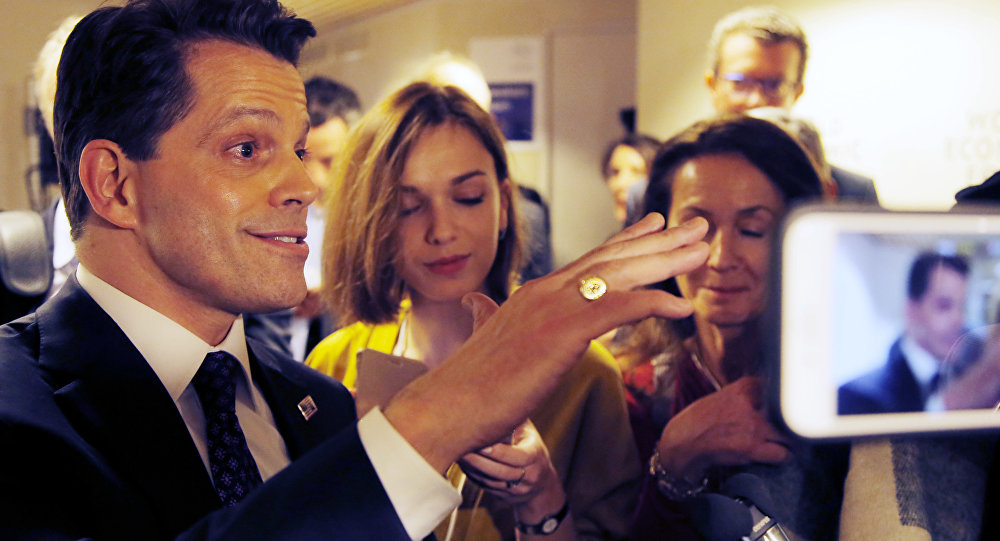 Former White House communications director Anthony Scaramucci briefly returned to the media spotlight Tuesday to defend President Trump, who got into trouble for referring to Massachusetts Senator Elizabeth Warren as 'Pocahontas' during a White House event. Scaramucci's return set the internet on fire.

Scaramucci, who holds the record for being the shortest-lived communications director in US history, soft-peddled on Trump's comments after the latter made a racially-insensitive joke at Warren's expense by referring to her as 'Pocahontas' Monday in front of Native American code talkers. Trump came up with the 'Pocahontas' jab on the campaign trail last year to point to Warren's dubious claims about her Native American heritage, as part of his practice of finding one or two-word insults for his political rivals.

Appearing on CNN Tuesday, Scaramucci backed the president, and said that the jab was justified in light of Trump and Warren's regular back and forth battle.

"Listen, that's the president's style. It's a little shock jockey. I think it's the style that got him elected, and I don’t think he'd be in the Oval Office if he didn't have that style," the former official said. "I think people voted for him because he expressed a level of discontent about the current order of operations inside of Washington, and I think he's used that kind of style and that kind of delivery system…" 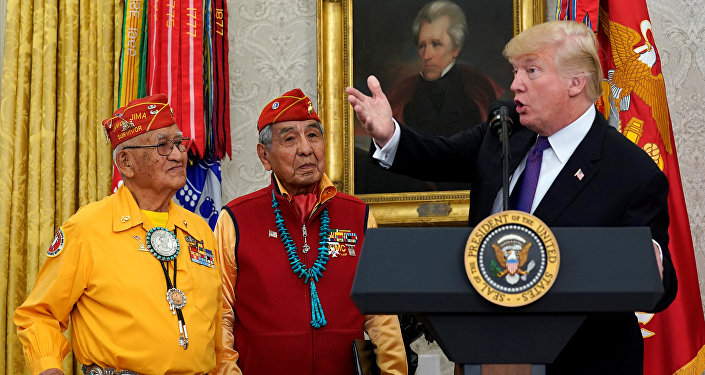 © REUTERS / Kevin Lamarque
Trump Refers to Senator Elizabeth Warren as ‘Pocahontas’ at Native American Event (VIDEO)
As for Trump's jab at Warren, Scaramucci argued that it was warranted. "I think that she's been nasty to him, and he's been concurrently nasty to her," he said.

In the past, Warren has called Trump a "small, insecure moneygrubber" and a "thin-skinned, racist bully." Candidate and President Trump has often replied with short jabs, such as "Pocahontas is at it again!"

"At the end of the day, we're getting a little bit too micromanaging with each other's languages and the whole political correctness movement," Scaramucci concluded.

As expected, the ex-White House communications director was instantly subjected to a stream of criticism on Twitter.

So @Scaramucci just sat on the #NewDay stage w/@ChrisCuomo & defended #45's use of "Pocahontas" in front of Navajo Native Amer., said that @SarahHuckabee(Sanders) tells the truth, & then said that #Trump is "winning"? How in the HELL did he not spontaneously combust on 📺? #CNN pic.twitter.com/tTA3Ge7KVM

I don't care about his beef w Warren. If he wants to call her Pocahontas at a rally it's one thing but NOT in the WH in front of native Americans. Capisci avvocato?

Of course @Scaramucci would defend @realDonaldTrump usage of calling @SenWarren "Pocahontas"in reference to her heritage. I wonder if he would feel the same if others started calling trump "Adolf" due to his heritage. 🤔 #CNN #MAGA #Trump

@Scaramucci the #Pocahontas comment isn't about @realDonaldTrump and @SenWarren. It's about dishonoring #NavajoCodeTalkers. Period.

.@Scaramucci Calling out @realDonaldTrump on his 'Pocahontas' slur is NOT "micromanaging" his language, for God's sake. Stop it. This Pres is not behaving normally and this is certainly not worthy of the Office. @NewDay @ChrisCuomo

The odd Trump supporter or two came to Scaramucci's defense:

Also on Tuesday, Scaramucci reportedly resigned from the advisory board at Tufts University after the school postponed a speech he was scheduled to deliver over "legal matters."