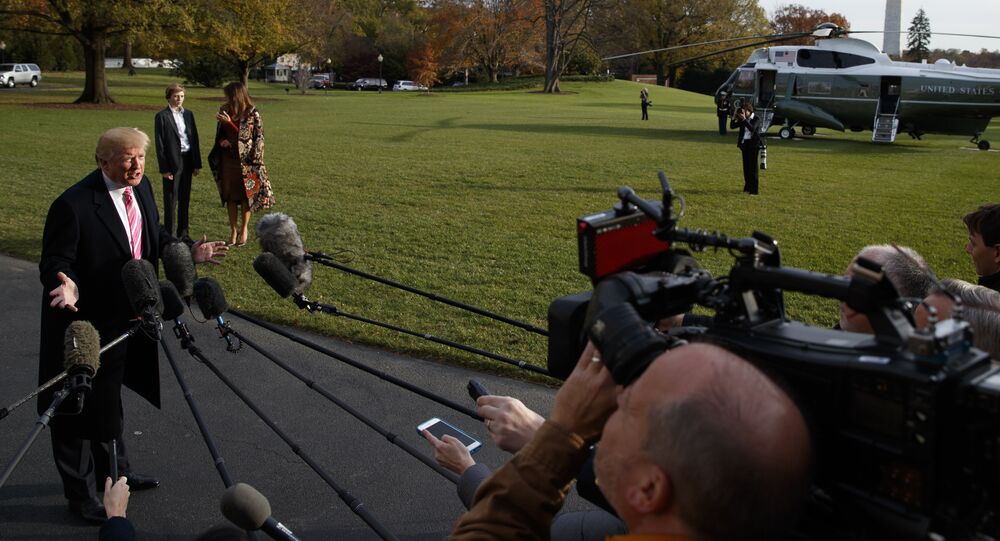 The US President has backed Roy S. Moore, the Republican Senate candidate in Alabama who has been accused of molesting one teenage girl and sexually assaulting another; he stressed that the politician had repeatedly denied any wrongdoing.

On Tuesday, President Trump spoke to reporters at the White House, and took the opportunity to voice his support for fellow Republican Roy S. Moore, who is facing off against Democratic candidate Doug Jones in the Alabama senate race.

The Republican candidate is being accused of seducing a 14-year-old girl at his house back in 1979 while a 32-year-old prosecutor, and of sexual assault of another, 16-year-old teenager. He denies these accusations.

His denial was echoed by Trump, who stressed that Mr. Moore "has totally denied it."

"He says it didn’t happen," Donald Trump insisted, adding that reporters have to listen to him.

The US leader, who himself has been accused of sexual misconduct, has noted that he was "very happy" that women in the US now feel free to come forward with such accusations of lawmakers and other high-profile figures.