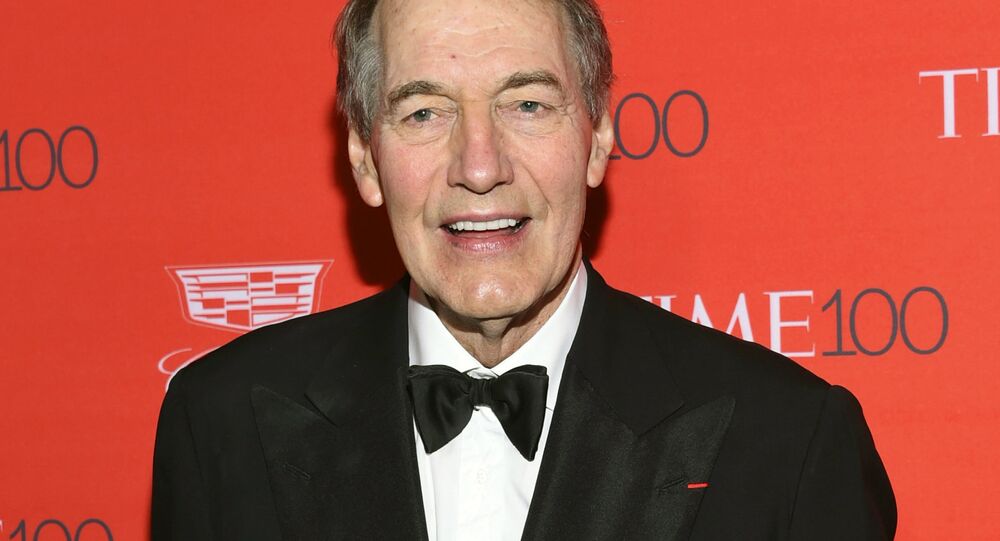 Prominent US journalist and talk show host Charlie Rose was fired from CBS on Tuesday following sexual misconduct allegations against him by eight women that surfaced late Monday Night.

CBS announced that Rose had been fired in a written statement Tuesday afternoon. Shortly afterward, PBS also ended its relationship with Rose because of the sexual misconduct accusations.

"In light of yesterday's revelations, PBS has terminated its relationship with Charlie Rose and canceled distribution of his programs. PBS expects all the producers we work with to provide a workplace where people feel safe and are treated with dignity and respect," PBS announced.

"A short time ago we terminated Charlie Rose's employment with CBS News, effective immediately. This followed the revelation yesterday of extremely disturbing and intolerable behavior said to have revolved around his PBS program," the statement said.

"Despite Charlie's important journalistic contribution to our news division, there is absolutely nothing more important, in this or any organization, than ensuring a safe, professional workplace — a supportive environment where people feel they can do their best work. We need to be such a place," the statement reads.

"CBS This Morning" dedicated the first nine minutes of its Tuesday morning broadcast to discuss the allegations against Rose revealed in a Washington Post article.

"Welcome to CBS This Morning. CBS News and PBS take Charlie Rose off the air," host Norah O'Donnell said at the start of the broadcast.

"This is a moment that demands a frank and honest assessment of where we stand and, more generally, the safety of women. Let me be very clear. There is no excuse for this alleged behavior. It is systematic and pervasive, and I've been doing a lot of listening, and I'm going to continue to do that."

Co-host Gayle King spoke next, saying the allegations had kept her up all night.

"I really am still reeling. I got an hour and 42 minutes of sleep last night, both my son and my daughter called me. Oprah called me and said, 'Are you okay?' I am not okay. After reading the article in the Post, it was deeply disturbing, troubling and painful for me to read."

Multiple women have described Rose groping their breasts, putting his hand on their legs, walking in front of them naked, making lewd phone calls to them and giving them shoulder rubs in the workplace without their permission, an act they termed the "crusty paw.

"He was a sexual predator, and I was his victim," Reah Bravo, who in 2007 worked for Rose's long-running eponymous interview show, told the Post.

The incidents alleged in the Post story began in the 1990s and continued to 2011 and the women ranged from 21 years old to 37 at the time of the offenses.

In a statement released Monday, Rose apologized for his inappropriate behavior, but also claimed that he "does not believe that all of these allegations are accurate."

"I am greatly embarrassed. I have behaved insensitively at times, and I accept responsibility for that, though I do not believe that all of these allegations are accurate," Rose wrote.

The accusations against Rose are only the latest in a series of explosive allegations against high-profile politicians, Hollywood stars and media elites. In recent weeks, well-known figures like Mark Halperin, Kevin Spacey, Louis C.K. and Al Franken have been accused of inappropriate behavior and assault.

On Tuesday, Glenn Thrush, a reporter for the New York Times, was suspended from the outlet for sexual harassment allegations.