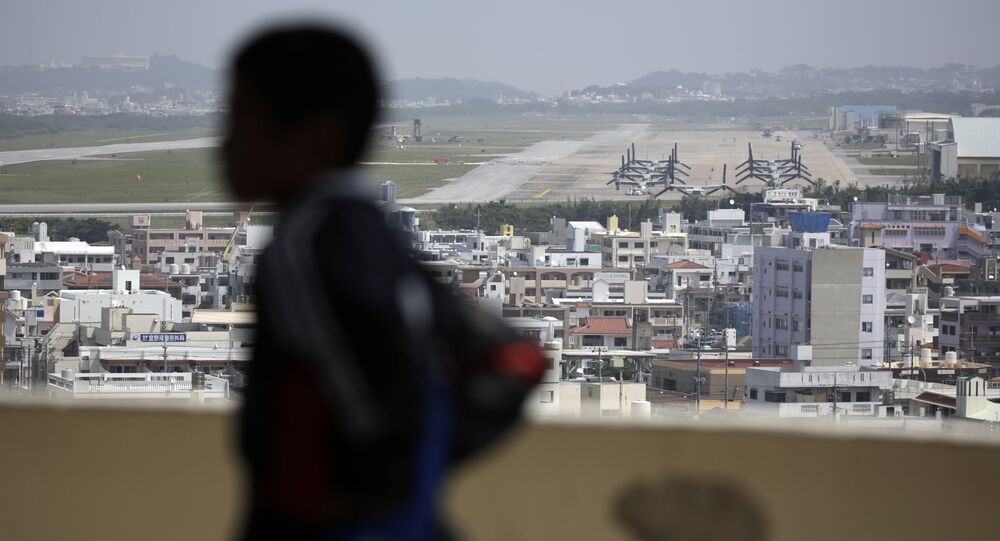 On Sunday a US military truck and a car have collided on the Japanese island of Okinawa, as local media reported, citing anonymous sources.

TOKYO (Sputnik) — The collision took place at 5:30 a.m. in the city of Naha, the capital of the Okinawa prefecture, the NHK broadcaster reported. The civilian who drove the car was taken to hospital and later pronounced dead.

​READ MORE: US Navy, Marines Launch Drills in Okinawa Ahead of Trump Visit to Asia

According to the Japanese media, the victim was a 61-year-old man. He was making a turn when his car was hit by the Marine's truck, which was coming from the opposite direction. According to witnesses cited by local media, the crash occurred after the military truck ran through a red light.

In Okinawa a Japanese man in 60s driving in this car was killed in crash with drink-driving U.S. service member. But US soldiers are untouchable for Japanese police and walk free again most likely. pic.twitter.com/0cvT5CK1lh

Meanwhile, a breath test of the US vehicle driver showed the level of alcohol about three times higher than the legal limit. The drunk driver is a member of the US Marine Corps. He is now being questioned by the authorities.

© Sputnik / Natalia Seliverstova
Car Rammed Into Hospital in Japan Leaving Ten People Injured
About 25,000 U.S. troops are stationed on the southern Japanese island. Okinawa has been the site of a US military bases for decades, a presence which has caused the societal and environmental degradation of the island for over 70 years. The large concentration of US troops on the island of Okinawa has been repeatedly criticized by Okinawa's residents due to the high number of crimes committed by US military personnel, as well as US aircraft crashes around its airbases.

On April 28, 2016, a 20-year-old woman, Rina Shimabukuro, was raped and murdered by a 32-year-old former US Marine Kenneth Franklin Gadson, who goes by his Japanese wife’s family name of Shinzato. He admitted that he had strangled and stabbed his victim. The incident provoked a wave of outrage in Japan. In June 2016, at least 50,000 people protested against the heavy US military presence in Okinawa following the murder.

At Least 12 Killed, Two Others Seriously Wounded in Car Crash in Western Kenya