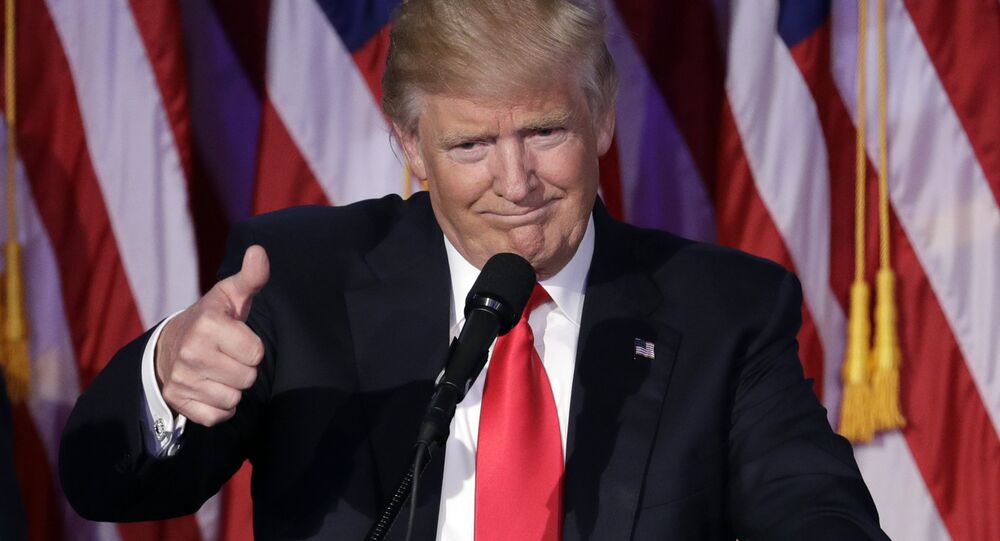 President Trump is paying his own legal bills related to the Russia investigation, and has authorized an effort to help current and former staff members drawn into the probe pay their expenses, a White House attorney said Friday.

WASHINGTON (Sputnik) — US President Donald Trump is now paying his own legal fees in connection with the investigation into alleged collusion between his presidential campaign and Russia, White House Special Counsel Ty Cobb said in a statement on Friday.

"[The] President is paying his own legal fees, as was always his preference," Cobb said as quoted by CNN. "He does not want to deplete any funds that may be available to assist current and former staffers."

© Sputnik / Michael Klimentyev
Poll Shows US Voters Prefer Russia as Friend, Not Enemy, Echoing Trump's Call
The Office of Government Ethics is working with tax specialists and the administration to figure out a way to pay legal fees for some staffers, Cobb added.

Trump's legal fees were previously paid by the Republican National Committee (RNC), according to US media reports. In August, the RNC provided more than $230,000 to cover his legal expenses related to the Russia probe, reports said.

While Moscow has denied claims of interference in the US November 2016 election, Trump has called the ongoing probe into the alleged meddling conducted separately by Congress and Special Counsel Robert Mueller a "witch hunt."

What's in a Tweet: Pentagon 'Erroneously' Retweets Call for Trump to Step Down

Trump to Continue to Look for Ways to Work With Russia