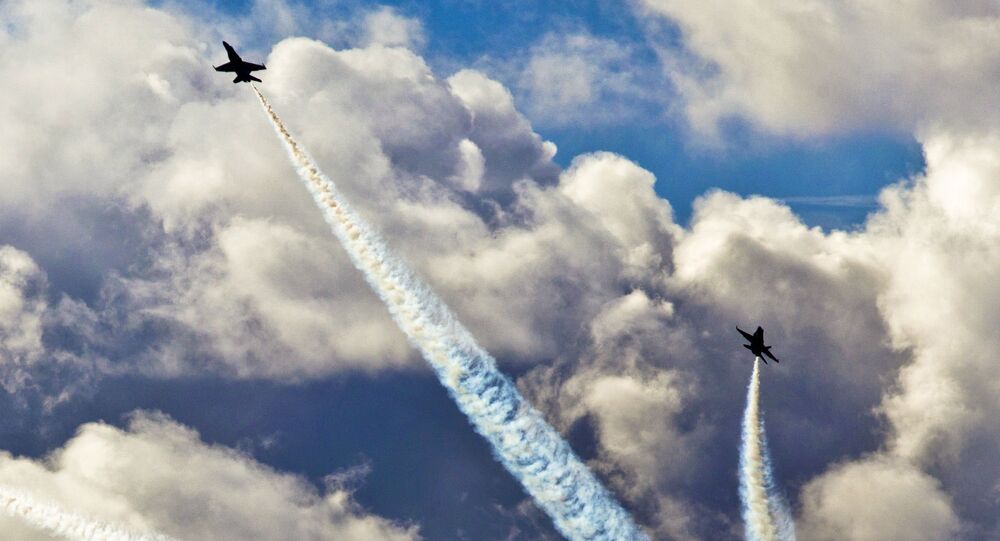 It was just an ordinary day for the local residents of Omak, which is considered to be a restricted area for military pilots; but it all suddenly changed when they looked up at the sky and were struck by what they saw.

The “male genital art” appeared in the restricted airspace near the town of Omak, which is located in north-central Washington and used by military pilots from Naval Air Station Whidbey Island for training purposes on a regular basis.

The pilots from NAS Whidbey Island reportedly drew a “wind-borne wiener” in the sky with contrails. According to local media, some residents complained about the pilots’ “masterpiece,” saying that it was inappropriate. Meanwhile, the US Federal Aviation Administration commented on the situation, saying that there was nothing they could do, since they “couldn't police morality."

The most monumental thing to happen in omak. A penis in the sky pic.twitter.com/SM8k1tNYaj

It didn’t take long for the US Navy to respond:

“The Navy holds its aircrew to the highest standards and we find this absolutely unacceptable, of zero training value and we are holding the crew accountable."