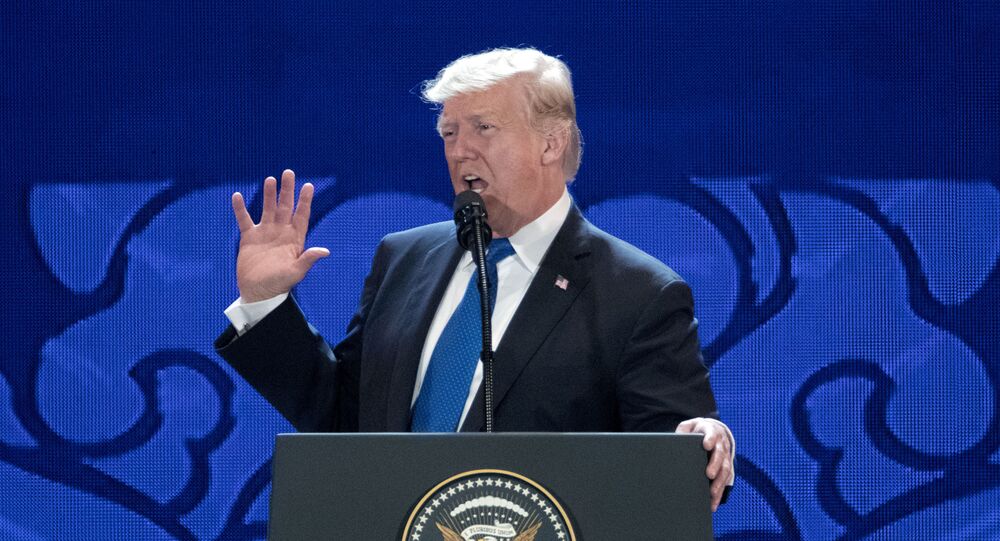 A move to impeach US President Donald Trump is gaining momentum.

WASHINGTON (Sputnik) — US Congressman Steve Cohen has announced that a resolution with five articles of impeachment has been introduced in Congress to remove President Donald Trump from office.

"We are introducing articles of impeachment to remove president Trump from office," Cohen, a Democrats from the US state of Tennessee, told reporters, adding that lawmarkers believe that the US president "has violated the Constitution."

According to Cohen, he was joined by a group of a five congressmen — all Democrats — in co-sponsoring the resolution, while the five articles of impeachment concern obstruction of justice, violation of foreign and domestic emoluments clauses and undermining the judiciary and freedom of the press.

READ MORE: ‘We Are in a Crisis': Move to Impeach Trump Gets Big Boost

This has not been the first initiative to impeach Trump, with US Congressman Al Green also introducing articles on the impeachment of Trump but later withdrawing the resolution.

According to a October poll conducted by a US Democratic Public Policy Polling firm, the support by American voters for impeaching Donald Trump had reached a record high of 49 percent.

The situation has been commented on by former White House strategist Stephen Bannon, who said that Trump most likely would not be able to keep his post an impeachment vote took place.

Activist Says ‘It's Very Unlikely' Rousseff's Impeachment Will Be Overturned

Former Brazil President Rousseff Reveals Cause of Her Impeachment