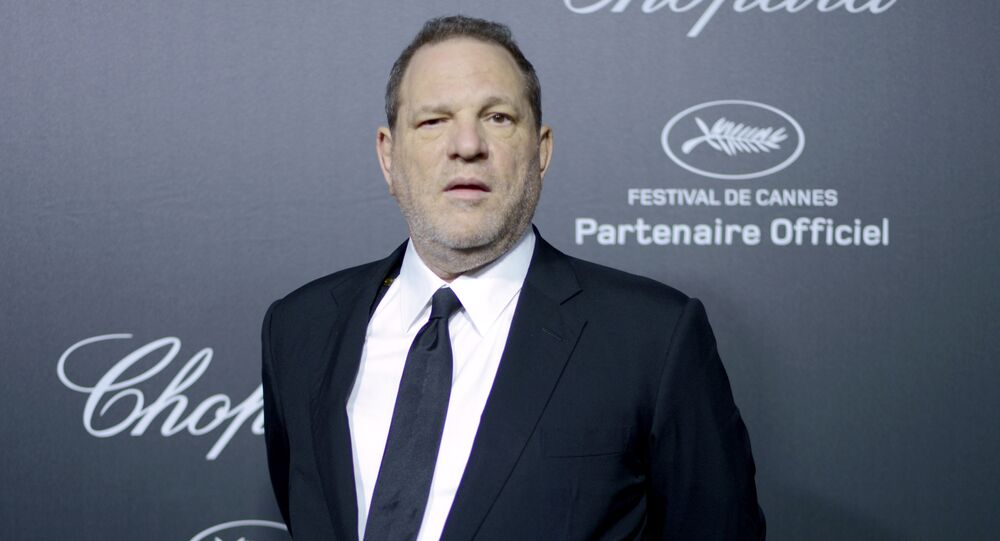 Adding a new twist to the sex scandals swirling around top show biz figures and politicians on both sides of the Atlantic, an unnamed actress has accused the disgraced ex-Miramax Harvey Weinstein of sexual battery in a Beverly Hills hotel rooms in 2015 and 2016.

The actress, identified only as Jane Doe in the lawsuit filed on Tuesday, insists that in the first case in 2015, when Weinstein invited her to his hotel room to discuss her part in a television series his company was producing at the time, he held her against her will and forced her to watch him as he masturbated in front of her, the Associated Press reported.

© AP Photo / Andy Kropa/Invision, File
Prison in the Air: NYPD Building 'Credible' Case Against Weinstein for Raping Paz de la Huerta
In the second incident in 2016, after the woman agreed to meet him in the same hotel to discuss the role again, Weinstein allegedly pushed her onto the bed, then proceeded to perform oral sex on her and masturbated on her.

According to the lawsuit, the woman managed to break free and flee the room.

A representative for Weinstein has said in a statement that “any allegations of non-consensual sex are unequivocally denied by Mr. Weinstein.”

“He told me how important it was to have chemistry off-screen as he sat me down and unzipped his leather pants,” de Rossi tweeted last Thursday.