BuzzFeed: By Funding Own 2016 Elections, Russia Swayed US Presidential Contest

BuzzFeed News published a story Tuesday about wire transfers to Russian embassies in August 2016 that were accompanied by memos saying the funds were "to finance election campaign of 2016." The transfers, the outlet noted breathlessly, are being investigated by the FBI as possible attempts to influence the US presidential election.

The only problem with this latest Russiagate screed? The Russian Duma election was scheduled for the following month, which the money was obviously intended to support.

"On Aug. 3 of last year, just as the US presidential election was entering its final, heated phase, the Russian Foreign Ministry sent nearly $30,000 to its embassy in Washington," BuzzFeed's article reads. "The wire transfer, which came from a Kremlin-backed Russian bank, landed in one of the embassy's Citibank accounts and contained a remarkable memo line: "to finance election campaign of 2016." 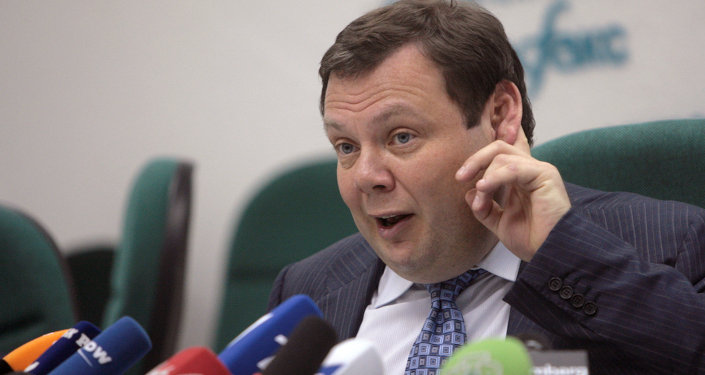 The more than 60 transfers were reported to authorities by Citibank after the bank's compliance officers in the Global Intelligence Unit "flagged them as suspicious, noting that it was unable to determine the financial, business, or legal purpose of the transactions."

While BuzzFeed sounded the red alert and insinuated that the memo was linked to the US elections, they downplayed and buried the important information that Moscow was in the middle of its own elections. It wasn't until the seventh paragraph that the authors wrote: "Seven nations had federal elections during the span when the funds were sent — including the Duma, Russia's lower house of Parliament, on Sept. 18, 2016."

​Could this have been the reason for the wire transfers? ​Yes, it was. The Russian Embassy in Washington, DC, responded Tuesday night to deride the allegations that the wire transfers were linked to the US 2016 election.

Check out BuzzFeed's Russia-phobic take on the matter.

"We had an election and the intelligence community concluded Russia interfered in it," BuzzFeed cites an unidentified FBI agent saying. "How could we not investigate a suspicious financial transaction that contained a memo that said, ‘finance election campaign 2016?' Given the climate and what was in that memo line it would be very irresponsible for us not to investigate. It's a good lead."

© Photo : shop.buzzfeed.com
BuzzFeed's Response to Trump's 'Failing Pile of Garbage' Remarks? Bumper Stickers
FBI agents, of course, aren't supposed to comment on active investigations. This, however, hasn't stopped prolific Russiagater Jason Leopold, author of BuzzFeed's latest Russian drama, from frequently quoting anonymous figures from the agency. It also shouldn't go unmentioned that Leopold has also been linked to stories that have contributed to Russian hysteria — and that have later been debunked.

Take, for instance, BuzzFeed's article on Michael Lesin's death, titled "High-Profile Russian Death In Washington Was No Accident — It Was Murder, Officials Say." This article preaches that Lesin was murdered after citing three anonymous FBI agents, despite the fact that Washington, DC, police noted that there was no evidence to suggest such an act occurred. No one has ever been charged with Lesin's murder.

Leopold was also involved in an investigation suggesting Matthew Puncher, a doctor and radiation scientist, was murdered for investigating the poisoning of former KGB agent Alexander Litvinenko. Not only did UK police and medical officials agree that the doctor committed suicide, but so did MI5, the UK's counter intelligence and security agency.

In total, the bank indicated the transfers leaving the Russian Foreign Ministry amounted to about $380,000. A drop in the bucket of last year's more than billion dollar electoral drama, but perhaps exactly the right amount to staff and supply overseas voting processes, like embassies are supposed to do.

Released late Tuesday night, the Russian embassy's statement reads, "We are not at all surprised that in the universe of the American mainstream, Russia and the Russian Embassy in Washington exist with the sole purpose of undermining the foundations of local democracy. Now BuzzFeed, along with the FBI and Congress, are investigating transfers of funds that are part of why the embassy exists and which are performed in strict accordance with the Vienna Convention. In fact, with the assistance of Citibank, they are investigating the activities of the embassy. This is a new American norm."

Unfortunately, "We will have to disappoint the 'investigators,'" the statement continues. Yes, Duma elections were held, it notes. And yes, presidential elections will be held, in accordance with Russia's constitution, which requires that Russian citizens living abroad, worldwide, including in the US, be able to participate. If we require additional funds for our election, the embassy noted, we will request funds from Moscow via Citibank or another bank, all legally.

"We are ever grateful to the journalists of BuzzFeed for yet another flagrant violation of the elementary norms of how to treat members of foreign diplomatic missions. These attempts to artificially attach Russia and the Russian embassy to internal US disagreements is a disgraceful failure."