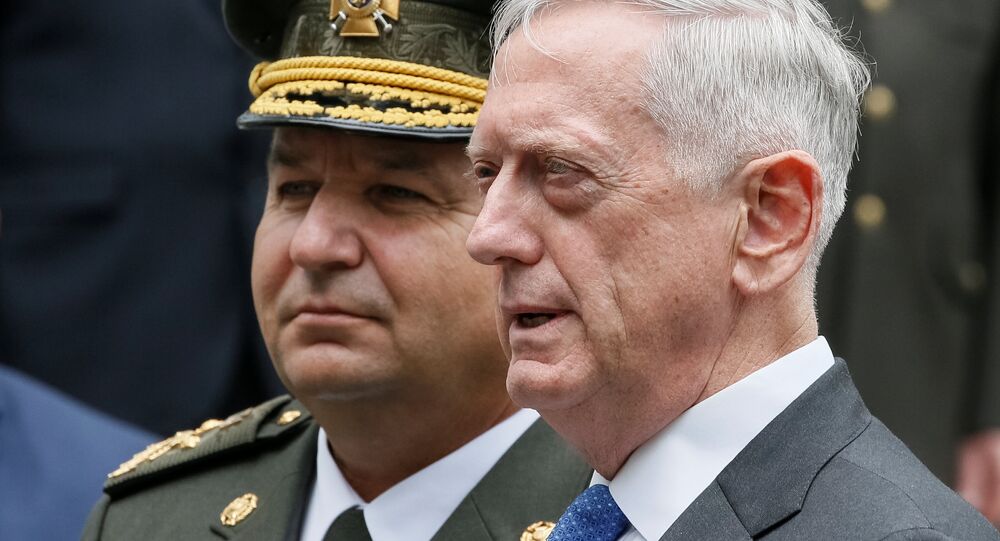 On Monday, US Secretary of Defense Jim Mattis said that the US military will remain in Syria until the situation is resolved by the Geneva process under the aegis of the UN. However, this information does not prove to be relevant.

MOSCOW (Sputnik) — Former UN Director-General Sergei Ordzhonikidze said that Jim Mattis made himself a "laughingstock" by saying the United Nations allegedly approved the presence of the country’s forces in Syria.

"He just doesn't understand or know what he is saying, and apparently he has no decent advisers who could tell him how to act… It is, I believe, just a shame to say things like this, for such a large state, a superpower, like the United States," Ordzhonikidze stressed.

Moreover, he added that the United States presence in Syria was illegal and was "an attempt to justify in an awkward way the illegal stay of US-led coalition forces in Syria".

© AP Photo / APTV
Mattis Claims UN Authorized US Presence in Syria to Fight Daesh
Meanwhile, on Monday, James Mattis said that the presence of the United States in Syria had been approved by the United Nations as Washington was engaged in the fight against Daesh (outlawed in Russia) terrorist group. The US-led coalition comprising 70 nations is conducting airstrikes, as well as ground-based and rocket-propelled artillery fire against Daesh targets in the Middle East. Besides, the strikes in Iraq are conducted in support of Baghdad, but those in Syria are authorized neither by Damascus nor by the UN Security Council.