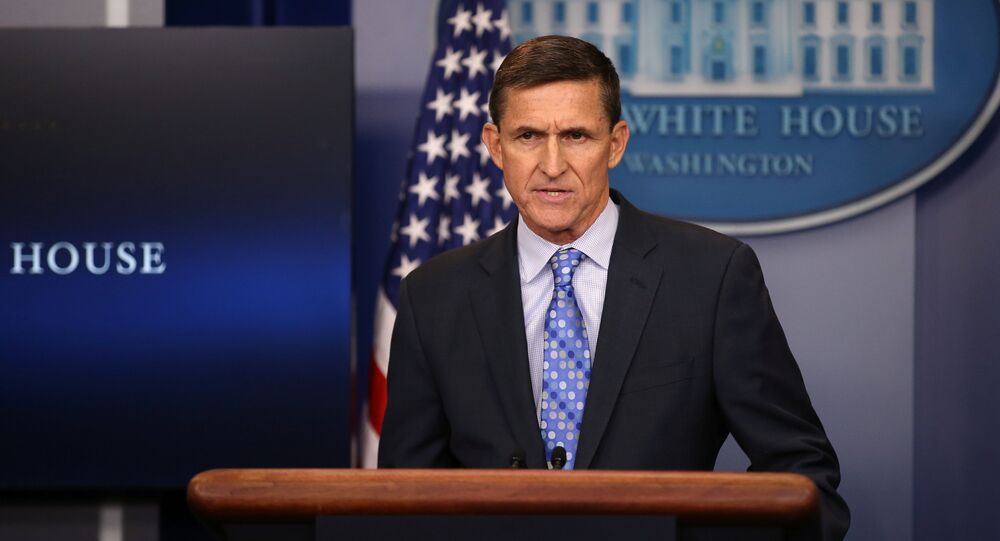 It seems that scandalous news related to US-based Islamic cleric Fethullah Gulen, who is accused of organizing a coup attempt which rocked Turkey in July 2016, shows no sign of abating. Former US National Security Adviser Michael Flynn can neither give a sigh of relief after leaving office.

Robert Kelner, lawyer of the former US National Security Adviser, has vehemently rejected media allegations about Flynn's plan to extradite Gulen to the Turkish government in exchange for a hefty bounty.

"…Today's news cycle has brought allegations about General Flynn, ranging from kidnapping to bribery, that are so outrageous and prejudicial that we are making an exception to our usual rule: they are false," Kelner was quoted by Reuters as saying in a statement.

© AP Photo / Emrah Gurel
US Istanbul Consulate Employee Arrested on Suspicion of Links to Gulen Coup Plot
Earlier this week, the Wall Street Journal claimed that an investigation is under way to find out whether Flynn and his son intended to kidnap Gulen and deliver him to Turkey in exchange for being paid at least 15 million dollars.

The two were allegedly involved in the plot almost right after Trump nominated Flynn for the post of US National Security Adviser.

A lawyer for Flynn's son and a spokesman for Flynn's team declined to comment on the Wall Street Journal's report, according to Reuters.

Meanwhile, NBC reported about a probe into Flynn allegedly planning to collaborate with Turkish officials to free a Turkish-Iranian gold trader Reza Zarrab. Currently, he is behind bars in the US and faces charges of helping Tehran to scrap Washington's anti-Iranian sanctions.

Flynn resigned after just 24 days in office when it was revealed that he had allegedly lied to Vice President Mike Pence about his communications with then-Russian Ambassador to the US Sergei Kislyak.

Turkish President Recep Tayyip Erdogan demanded Gulen's extradition from the US after the failed coup attempt in Turkey on July 15, 2016 claimed the lives of more than 240 people.